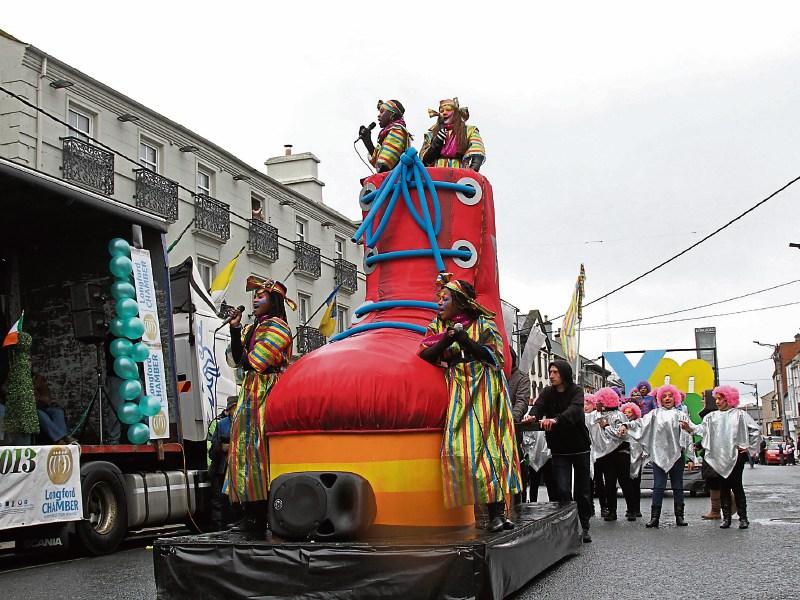 Longford Chamber of Commerce is rolling out plans for this year’s St Patrick’s Day parade which will take on a carnival like atmosphere.

Whilst commercial entries are strongly encouraged in the parade, the Chamber is sending out an appeal for schools, community groups and organisations to get involved  this year. Todate several of the Longford town national schools have committed to taking part.

Last year was a tough one for the parade as many groups were committed to taking part in the 1916 centenary parade and as a result didn’t take part in the parade. According to Chamber CEO, Lisa Brady: “The parade is back this year bigger and better and  there has already been a great response.”

We understand that the Chamber has whittled the list of possible grand marshals downs to two or three and an announcement on this will be made in the coming weeks.

Ms Brady added: “There is great interest in the parade and we already have groups committed who weren’t involved for the last couple of years. It’s a great opportunity to showcase what you do.” There is no entry fee for community groups and organisations to take part and a nominal €50 charge for commercial entries.

Meanwhile the Chamber are also rolling out the popular schools’ art competition for primary schools and successful entries will be on display in town during the big parade. In addition the Chamber is also putting a big push behind the  annual shop window display competition.

“We are urging businesses to take part  and help create a carnival  atmosphere in the town,” continued Ms Brady. “With the bank holiday and the parade on the Friday it has the potential to be a busy weekend so we’re urging everybody to put their best foot forward this year.”