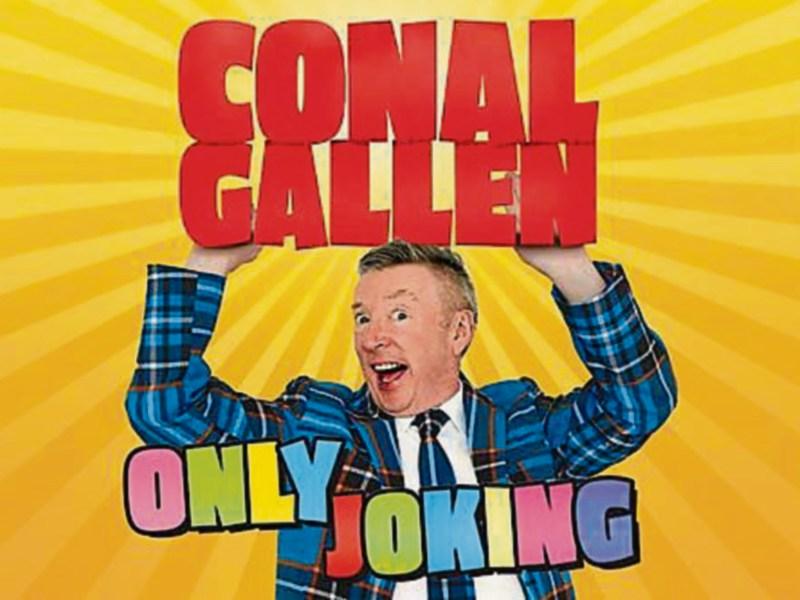 Ireland's ambassador of comedy Conal Gallen is back on stage with his hilarious new one man stand up show ‘Only Joking’.

Conal is back with what promises to be his best show yet, jam-packed with over two hours of hilarious jokes, stories and songs which will have you in stitches from start to finish!

Comedian, actor and singer, Conal, is best known for his comedy songs including "Horse It Into Ya Cynthia" and "I'll make love to you in the henhouse (if you'll only egg me on).

Conal has made numerous live appearances around Ireland, on both sides of the border, in venues such as The Millennium Forum, Derry and The Alley Theatre, Strabane.

He has also released 20 DVDs and 40 CDs (2 of which are also on digital download), including the double platinum selling Conal Gallen: Live & Full of It.

Conal Gallen brings his ‘Only Joking’ show to The Landmark Hotel, Carrick on Shannon on Saturday, February 18.