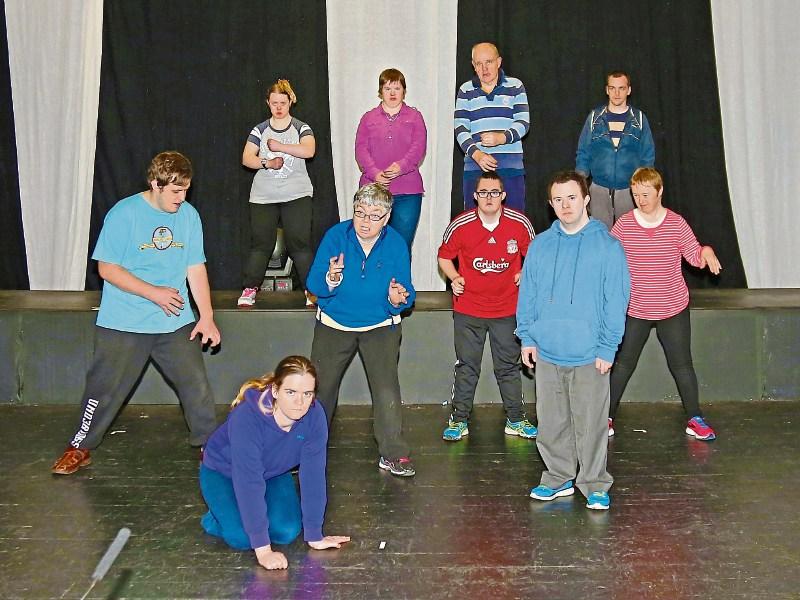 The talented drama students at St Christopher's are getting set to welcome the Longford public to their version of 'Utopia' on Friday, November 18 and Saturday, November 19.

'Utopia' will be the Backstage Theatre's 2016 in-house production, with St Christopher's joining forces with participants in the Visual Theatre Programme in the Mermaid Arts Centre, Bray.

What's more, the group is being led by Gemma Gallagher of Shadowbox, who has previously worked with the likes of Punchdrunk and even Cirque du Soleil.

“We've had a community production ever since since 2010,” explained Backstage Theatre General Manager, Mona Considine. “We've always brought in a resident director and worked with various different sectors.”

Explaining that the theatre has worked with the youth theatre and with TY students previously, Mona said they were looking for another group to work with and St Christopher's was “an obvious choice”.

“I really admire their arts programme and the work they do in that area, so it really was the next step,” Mona continued.

Having been privy to some of the rehearsals, Mona is very much looking forward to seeing the finished product.

Revealing that the participants have devised the story themselves, Mona added; “I'm really impressed with what they're creating, there's a fabulous musical soundtrack and the movement is so well choreographed.”

There are sections too, which Mona described as “moving and inspiring”.

Used to being next to her students in rehearsals, St Christopher's Drama teacher Evelyn Kelly is looking forward to seeing the production from another angle - as part of the audience.

“As far as I know they [the students] are enjoying it,” she smiled. “It's a new way of working for them.”

Helping out behind the scenes, Evelyn paid tribute to director, Gemma, as well as Angela Reynolds, Fiona Devine, Pauline Davis and the transport section of St Christopher's for their continued work and support.

“I'm looking forward to seeing it myself,” she revealed.

'Utopia', supported by the Arts Council, Co Longford Arts Office and Ireland Funds, will be performed at the Backstage Theatre on November 18 and 19 at 7pm.