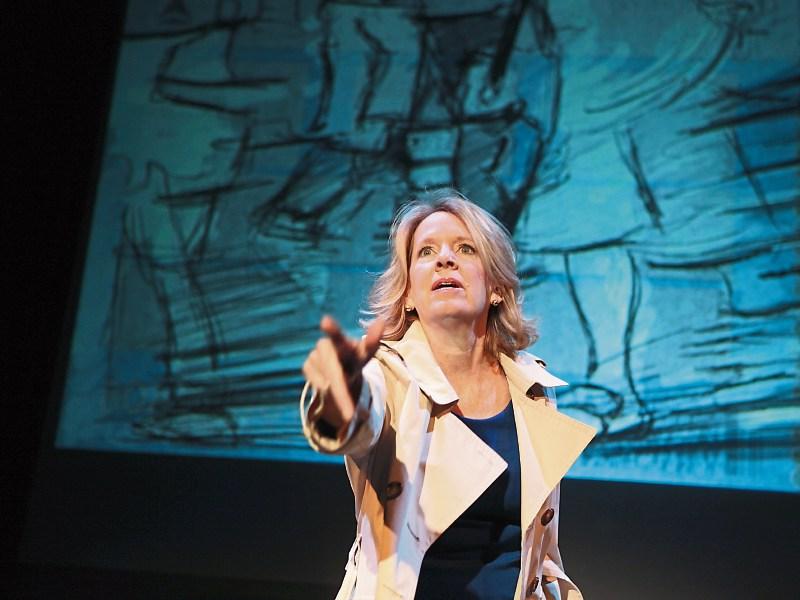 Based on her powerful New York Times bestselling memoir of the same name, the emotional play shares Mary Lou’s personal story of a family in love, in loss and in triumph.

The show is part of a nationwide tour of this inspiring play with all proceeds to benefit local hospice groups through The Irish Hospice Foundation (IHF), a national charity striving for best care at end of life for all which is celebrating its 30th anniversary this year.

Chairman of the Longford Hospice Homecare services, Mark Connellan, appealed to people to come and support this play.

“The God Box teases out the themes of grief and letting go. Recently the Irish Hospice Foundation has been hosting Death Cafe Conversations around Ireland which is to be welcomed.  It is very important that people engage in meaningful conversations about death, dying, loss, grief.”

He said the local hospice services only survive with the generosity and support of local people, stating; “Without local support there would be no local services. Money from this play goes to the Irish Hospice Foundation to help local groups including the Longford Hospice Home Care Service.”

This comic and heart wrenching play tells how Mary Lou, after her mother’s death, discovered ‘God Boxes’; small containers stuffed with hundreds of tiny notes, sharing her mother’s innermost thoughts. They revealed her concerns about her kids’ demanding careers, to private wishes for people she’d never even met, to concerns about her own health and everything in between.

The poignant notes, scribbled in supermarket queues, restaurants, and at the kitchen table, were her mother’s way of releasing life’s worries and hopes. The discovery of the boxes triggered Mary Lou’s own unraveling, a journey to confront the greatest human challenge – learning to let go.

Co-written with Martha Wollner, an award-winning actor/playwright and director of NYC’s LAByrinth Theatre, the play has been presented in theatres across the US, including Off-Broadway.

In 2014 it enjoyed a 24-night run to rave reviews at the Edinburgh Festival Fringe. Quinlan has donated all proceeds to hospice, cancer care and education. To date she has raised nearly $400,000.

Bookings for ‘The God Box: A Daughter’s Story’ at the Backstage Theatre, Longford on Saturday, October 29 at 8pm are now open. Early booking is advised to avoid disappointment. Book through the Box Office on 043 33 47888 or online at www.backstage.ie.