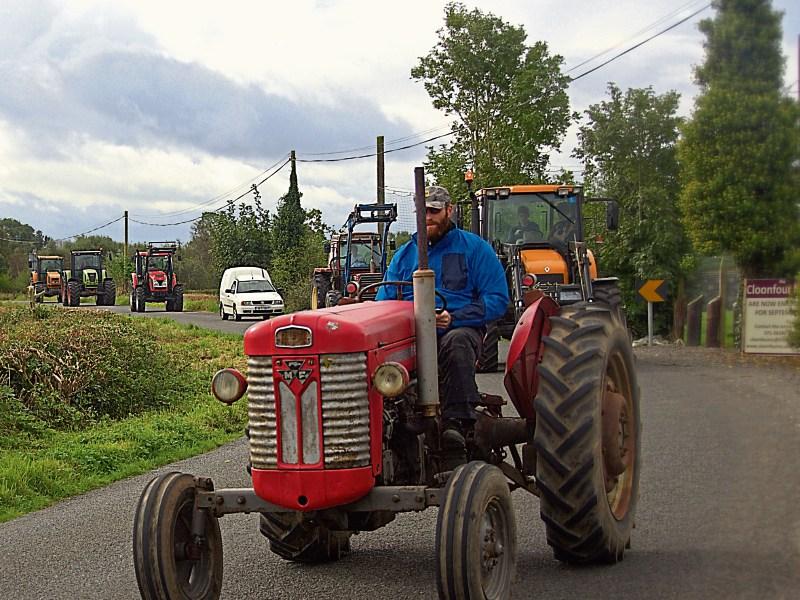 Traditionally the event has been held on the Bank Holiday Monday, however owing to Mullinalaghta’s huge success in this month’s Senior Championship final, the tractor run has been moved from its usual date so that the local side can play in the first round of the Leinster Club Senior Football Championship on October 30 next against Stradbally, Laois.

All funds raised from this year’s tractor run will be donated to ‘Tom’s Walking Wish’.

Tom’s aunt, Carrie is married to Philip O’Hara and the couple live just outside Granard.

Three-year old Tom who hails from Kilskyre, Kells, Co Meath is the son of Derek and Nikki.

Born with Hypotonia, a condition that affects the little boy’s upper and lower limbs, Tom is unable to walk or talk.

He currently attends physiotherapy in Limerick but the family’s aim is to raise enough money so they can buy the necessary machines and equipment to provide care to Tom in the family home.

Experts say that recognising hypotonia, even in early infancy, is usually relatively straightforward, but diagnosing the underlying cause can be difficult and often unsuccessful.

The long-term effects of hypotonia on a child's development and later life depend primarily on the severity of the muscle weakness and the nature of the cause.

So, on the day, the tractor run will commence  at the Community Centre in Mullinalaghta at 12pm sharp with registration at 10:30am.

Everyone is welcome to participate in what is guaranteed to be a great day out.

Later that evening, refreshments will be served and musical entertainment will get under way at the Hideaway in Cloncivid  at 7:30pm.

Mullinalaghta Vintage Club was established in 2012 with 15 members .

It aims to fundraise for charities and over the past years, the club has raised a massive €17,000 for various charities, both national and local.

The club now has now 22 members and continues to go from strength to strength since its inception just four years ago.