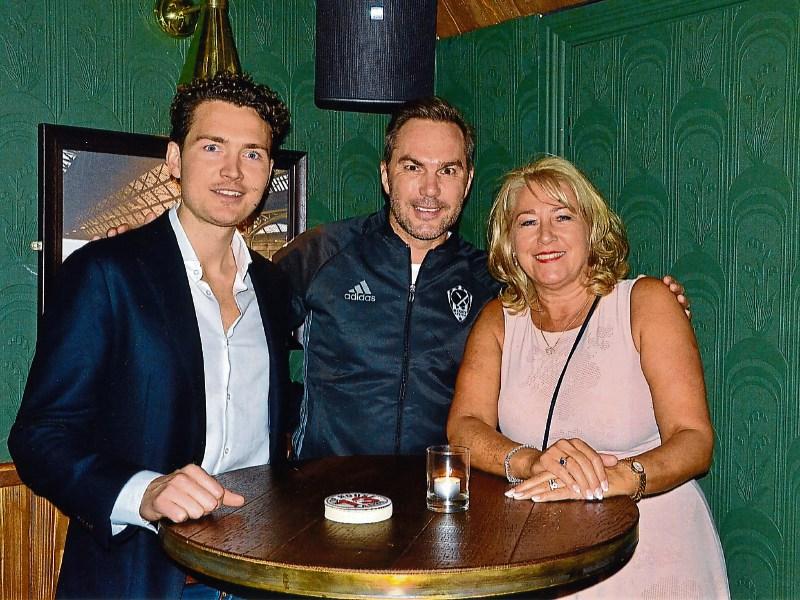 It was a red letter night for Longford people in the capital recently as team Mahon and Donohoe unveiled their new look bar.

We’ve always had a good choice of ‘Longford’ boozers to call on in  the big city but now we have another venue to add to the list.

Robert and John Mahon Jnr and Brian Donohoe (Dromard) officially ‘opened’ Kennedy’s Pub at  Westland Row Dublin 2 last week and several of the Dublin glitterati turned out for the big event. Robert and John are sons of  Geraldine and John Mahon, Newtownforbes and New York, where their father is probably the foremost Irish pub owner.  He was also actively in the Dublin pub scene for a number of years and was at  O’Donohoe’s on Merrion Row (now Ollie Barden’s) for a number of years.

Now the next generation of Mahons are involved in the Dublin pub scene and have teamed up with business partner and well known Moyne native, Brian Donohoe, to take over the running of this iconic Dublin watering hole. Brian was previously the manager of the FAS office (we called it Manpower back then) in Longford and  after going to the big city ran a very successful Londis supermarket in   Inchicore.

The trio bought the landmark Dublin bar earlier this year for several million and it has been one of the biggest pub transactions in recent years. They’ve made a number of changes since taking over and these include a stylish new function room which was formally unveiled last week.

Several people from Longford travelled up for the opening and there is no doubt that team Mahon and Donohoe will always lay on a special welcome for anybody visiting from the home country!