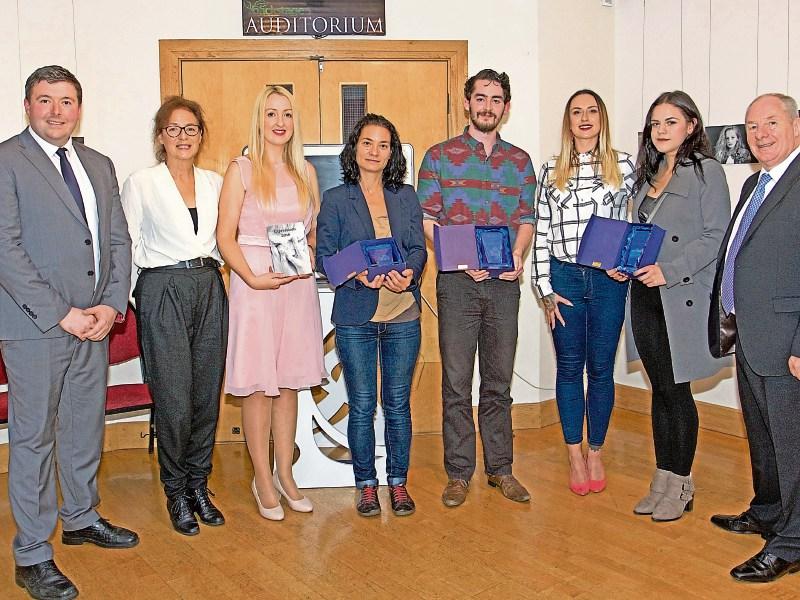 It was a tough call, but Boston-based photographer John Rich was the winner of the second annual Expressions portrait photography competition.

Entries came in from all over Ireland and the world, with the shortlisted pieces featured in a stunning exhibition at the Backstage Theatre last Saturday, but it was John’s work based on the subject of alopecia that secured the top spot.

Though he couldn’t be there in person to accept his award, John expressed his gratitude in a pre-recorded video.

"I just want to say thank you to everybody associated with putting on the exhibition. I'm grateful to have been included in the show and I'm ecstatic about having been chosen as a winner," he said.

“As you can see here the work is of such a high standard both conceptually and technically and we kind of feel that we know you a little bit from showing us your work and entering into our competition.”

Congratulating the artists, committee member Angelika Sowul added her delight at being part of the competition and exhibition; “I have a chance to see so much talent and the photographs we can admire today are so deep and creative.”

Cllr Gerry Warnock then spoke about the wealth of talent in the room, saying  that all the artists exhibiting were winners in their own right, a statement echoed by Minister of State for Regional Economic Development.

“I wouldn’t  like to be the adjudicator. I wouldn’t actually like to have to pick the winner because one is as good as the other,” Minister Ring added.

Finally, before the winners were announced, Tanya Kiang, CEO of Gallery of Photography, cited photography as a medium that helps build community before adding; “This is something that makes it worth staying in Ireland.”

One of the shortlisted artists, Sally Martin from Abbeylara was thrilled to feature at the Backstage in her first competition outside Mullingar Camera Club, of which she is a member.

“When I got the email I didn’t really believe it,” she laughed.

Meanwhile, Ana Valen, whose piece focused on the connection between people and nature, admitted that through studying media in college, she normally exhibits films, but is looking forward to enjoying photography more into the future.

Finally, Highly Commended photographer Aleksandra Klimczak is already excited for next year’s instalment of the competition and exhibition.