Lanesboro gears up for Taste of Lakelands 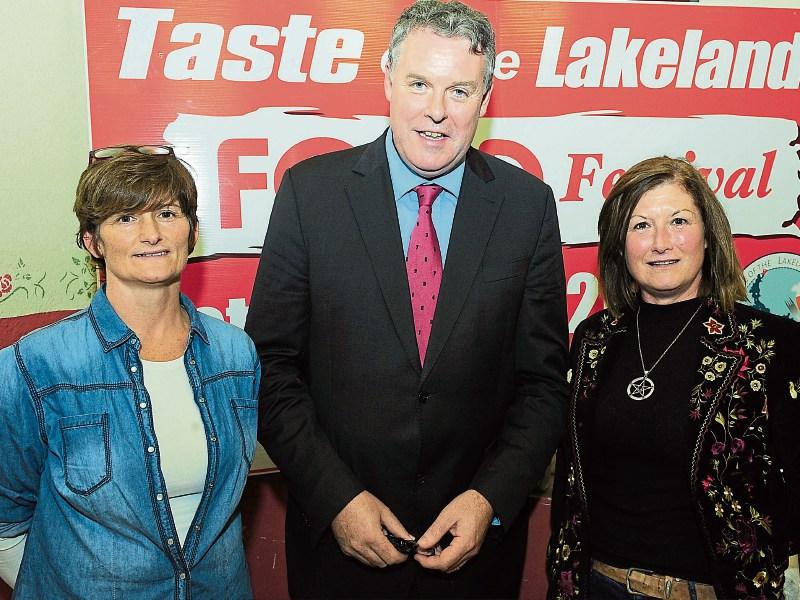 Lanesboro looks primed for a €500,000 cash injection thanks to the staging of   a major food festival and world fishing competition.

That's the projected figure organisers behind both events are pinning their hopes on adding to the local economy over the course of the next ten days.

It all kicks off next Wednesday when Lanesboro and Ballyleague host the World Predator Boat championships.

Up to 230 anglers are expected to descend on the shores of Lough Ree for the six day extravaganza which is now in its ninth year.

But it is perhaps the promise of the town's eagerly awaited Taste of Lakelands Food Festival on Friday week which is steadily capturing the imagination of food lovers from across the region.

It was an occasion which saw locals and interested observers receive a closer insight into what's in store over the course of October 7 and 8 next.

From there, the focus soon switches to a business advice seminar for new and prospective start-ups in the field of food production.

Supported by both Longford and Roscommon Local Enterprise Offices (LEOs), participants will be divided into four groups where advice on what State supports and other grants available to new and fledgling businesses will be provided.

Marketing, social media and publishing guidance form the second part of the seminar with food hygiene and regulatory information as well as insights into pop-up  and country markets occupying strands three and four of the afternoon.

Later that evening, the Irish Countrywomen’s Associations of Longford and Roscommon, together with  Roscommon Rose of Tralee   Aisling McNeill and Longford's Caroline Doyle will go head to head in a cook-off competition.

Saturday's action-packed line up isn't bad either, with stands open from 7am and cookery demonstrations from the likes of renowned chefs Kieron Glennon and Kevin Dundon also pencilled in.

Throw in the event's free admission and the fact that 2,000 free burgers and 2,000 free mugs of tea will be available to spectators, it's not hard to see why the 'Taste of Lakelands' is on the tip of most people's tongues at the minute.