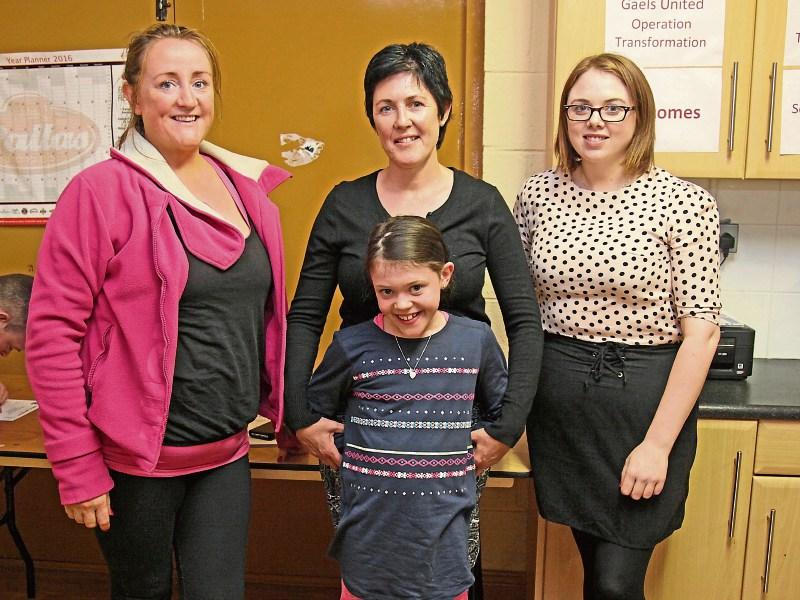 RTÉ's Operation Transformation  camera crews will be in Drumlish next Monday night following the launch of a   fundraising drive by local soccer club, Gaels United.

In excess of 50 hopefuls have already signed up to the event which is loosely based on the State-led broadcaster's version.

Such has been the level of interest already shown in the fundraiser, organisers have  had to lay on a second information night just to meet local demand.

Given the fact nutrionists, dieticians and fitness classes ranging from running to kickboxing and more fun-focused get togethers have been lined up, it's perhaps not hard to see why.

And that's before you even get to the weekly weigh ins that have similarly been added to the event's itinerary.

The brains behind the event, PRO Caroline Maher said she had been mulling over a health-focused initiative for some time.

“I had been thinking about doing something like it for a good while to give me a boost more than anything and get me going again,” she said.

“I managed to lose four stone myself but then I got injured and broke my leg.”

Unable to train or maintain any meaningful  level of  fitness , the bulk of Caroline's previous good work was gradually eroded.

“The majority of the weight went back on but I said to myself 'if I did something like that (Operation Transformation) it would give me the boost to go back out (and train),” she said.

Little did she or her fellow Gaels Utd committee members realise that their decision to bring the  Operation Transformation concept to Drumlish would be so well received.

“We didn't expect anything like this and the fact RTÉ have come on board has blown it out of the roof altogether,” added Caroline.

Aside from the obvious health benefits it promises to afford would be participants, there is a serious undertone behind the 10-week spectacle.

It's envisaged proceeds raised between now and the end of November will go a long way towards aiding the club in its bid to acquire a new pitch, and with two senior teams and age groups represented all the way down to U8 boys and girls, the necessity is clear for all to see.

“At the minute, we are renting a field from a farmer from September to April which is obviously not ideal,” she added. “Hopefully with this (Operation Transformation) we can purchase a football field and develop it.”

Anyone still interested in signing up can  do so by contacting Caroline on 085 1249528 or by searching for  Gaels Utd Operation Transformation on Facebook.