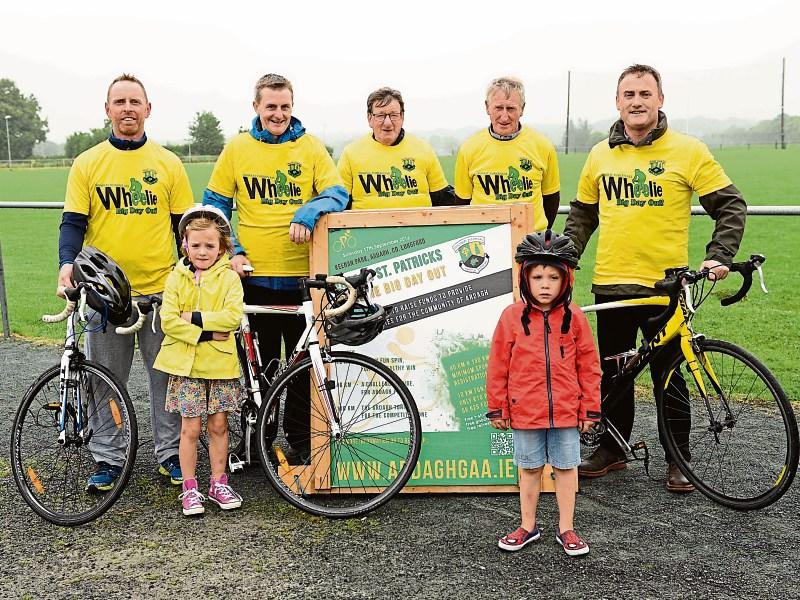 A new cycling challenge is set to smash any illusions you may have had about Longford's level landmass.

The Two Peaks Cycling Challenge on September 17 will test the stamina of even the most experienced cyclist, with a 70km route up Ardagh mountain, cycling to Killoe and over Cairn Hill, then on to Edgeworthstown before returning to Ardagh.

This cycle will raise funds for St Patrick's GAA in Ardagh, while also creating an enjoyable, challenging event for cycling enthusiasts.

“Longford is often thought of as a flat county” laughed Declan Kenny, when explaining the idea behind the fundraiser, “but this cycle will prove different as it takes in the two highest points in Longford; Ardagh Mountain and Cairn Hill”.

“St Patrick's GAA treasurer Martin Keane cycles regularly and suggested we join the two points” continued Declan, “that suited me as I'm from Ardagh, but live in Killoe so I thought it would be a great way to get both parishes involved.”

It's aimed at those who want a challenge, but it's inclusive of everybody. “There will be a 10km fun family cycle around Ardagh village” Declan concluded, “but whoever wants to join the big cycle is welcome to, it will be fully marshalled with cars to bring people home at any stage of the journey.”

The cycle kicks off from St Patrick's GAA pitch in Ardagh at 10:30am, with refreshments served there afterwards.