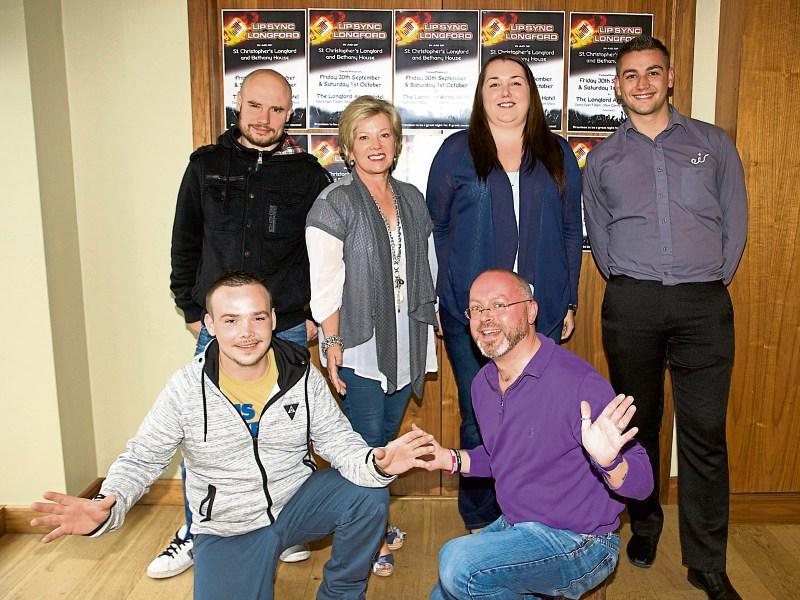 A unique fundraising drive is set to rock into the Longford Arms Hotel this Autumn to raise funds for St Christopher's  and Bethany House.

Lip Sync Longford will see at least twenty well known  locals face off on Friday, September 30 and Saturday, October 1,  as they lip sync and dance their way through well known hits.

Chairperson of the organising committee, Kevin Hussey was one of the winners of the  Mullingar Lip Sync Challenge and was encouraged to get the fundraiser up and running in Longford for local causes.

“There's a lot to do but there's a good few of the team that's helping out a lot,” Kevin told the Leader.

As it stands, ten acts will battle against the other ten with two 90-second songs,  and another member of the organising committee, James Morgan commented; “The audience decides who wins each battle. It's just a bit of fun for charity.”

Revealing that the acts will choose their own songs, and choreograph their own performances, he laughed; “If you're really smart about it, you can do a Westlife!”

What's more, it's also widely speculated that the 'Spice Girls', who took home the crown in Mullingar, will make a half-time appearance.

While organisers are otherwise remaining tight-lipped as regards the identity of the acts, it's reported  that well known Longford barber Declan Donohoe and the Longford Leader's own MD Joe Flaherty will join the line-up.

Fr Joe McGrath is another name that has been associated with the event and if these rumours are anything to go by, Longford is in for two unmissable nights of fun and laughter

More will be revealed on the event's Facebook page, which can be found by searching for Lip Sync Longford.

Tickets, costing just €20, are now available from main sponsors Kavanagh's bar and Teleco and can also be purchased by messaging Kevin Hussey or the event page on Facebook.

With both Kevin and James emphasising their excitement ahead of the event, James concluded by returning to the most important subject - the charities who will benefit from the Lip Sync spectacle.

“They're two very worthwhile charities and the money will go towards day-to-day running and special projects.

“ The money is going to be put to good use and good use locally,” he said.