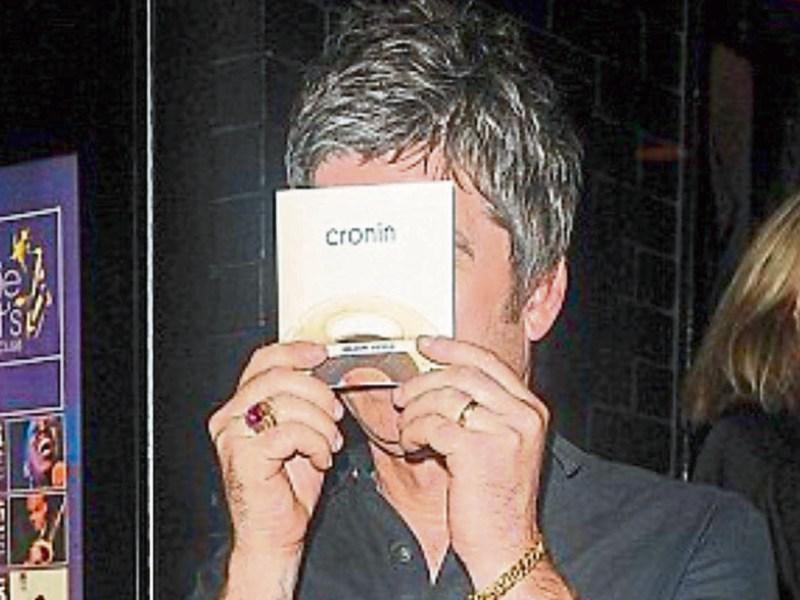 If there was any doubt as to the quality of Cronin's upcoming album 'The First Kiss of Love', it was dismissed by Noel Gallagher's glowing endorsement of the work last month.

The four piece group, made of up Drumlish brothers Mick and Johnny Cronin, Fiachra Milner and Brian Murphy, had their album used as a type of mask for  the legendary Oasis musician when he stepped outside a London club to be greeted by paparazzi.

“It was great,” said Mick Cronin, of spending time with the musician. “We were talking about Longford and he knew Luigi’s!”

It’s shaping up to be an exciting summer for the four-piece, who are also known under the guise of cover band The Afters. Their upcoming album, set to be launched on Sunday, July 31, is their first album as Cronin and has taken some time to perfect.