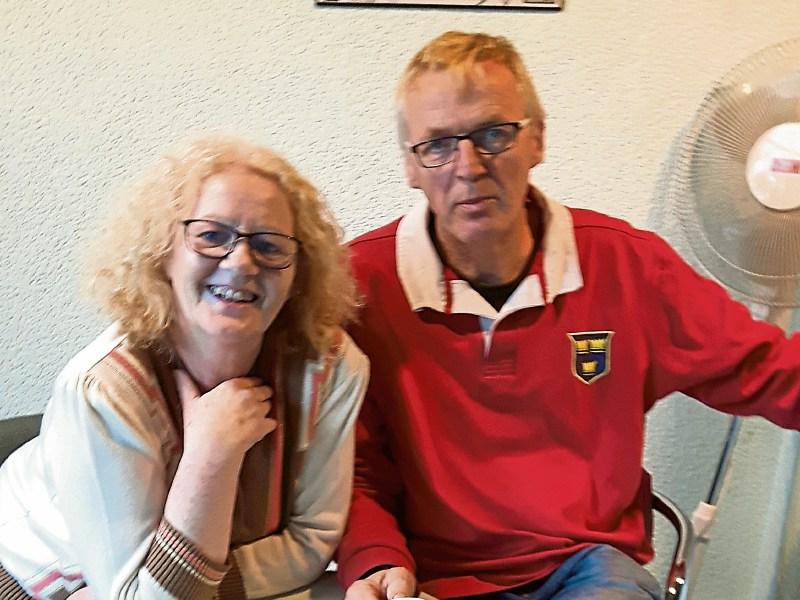 Two former neighbours have reunited to join Beezneez in their 20th anniversary production of John McDwyer's popular play 'Lovely Leitrim', which comes to the Backstage Theatre on July 21 and 22.

Well known local actress Eileen Murphy and Maurice Kehoe, who is based in Sligo, grew up together in Longford town's Teffia Park area. Now, the former neighbours have combined their creatives talents for the second time, having first performed opposite each other in 1980.

“It's really based on my character, the mother, Mary Gallagher,” Eileen explained. “She imposed her dying wish on her family and then we see the consequences of it.”

Describing the play as “thought-provoking” but with lots of humour, the Medical Secretary revealed that she had played the role before in a Backstage Theatre Group production of the show. It's a fact she shares with Maurice, who also reprises his role, having performed in the play previously.

Whether there are any similarities between her character then and now, Eileen isn't sure.

“When you have different directors they look for different things,” she explained.

Meanwhile, in Maurice's view, “it's much more difficult” playing the role the second time around.

“You think you knew everything,” he laughed.

Both Eileen and Maurice started their acting careers with Longford Dramatic Society.

For Eileen, who had just seen one of their plays, it was a chance to help out with the local group. For Maurice, it was something to do. Neither could have foreseen the love for performing that grew from the local society.

Eileen is well known to the local audience of course, as she spreads her time between Beezneez, Backstage Theatre Group and Canal Studio, while she has also performed with  Orbus Theatre. She is, naturally, extremely excited to bring 'Lovely Leitrim' to the Longford audience.

“I'm dying to see what people will make of it,” she confided. “There are loads of new people that might get to see it.”

For St Mel's College past pupil Maurice, it's a nerve-wracking experience.

“The home crowd is always the toughest one,” he admitted.

'Lovely Leitrim', which boasts the biggest Beezneez cast since their last performance of the same play, has been touring the country since June and will continue until August 12.

Written and directed by John McDwyer, it makes a stop at the Backstage Theatre, Longford on Thursday, July 21 and Friday, July 22 at 8pm.