G'wan... be a devil for Longford 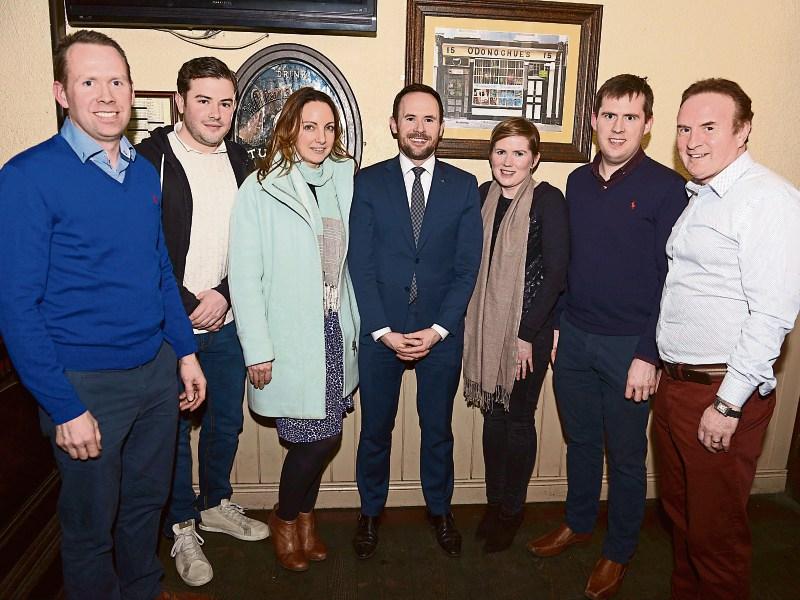 Longford senior footballers are inviting fans and local fashionistas to support them at ‘The Devils in Prada Fashion Show’ which takes place on Saturday, March 19 in the Longford Arms Hotel.

The catwalk throw-in is 8pm and as revellers arrive from 7pm they will be greeted with a champagne reception, with the bubbly being served by some very familiar faces.

Dubbed the ‘event of the year’, the ‘The Devils in Prada Fashion Show’ will be followed by music and entertainment.

Longford players Michael Quinn, Brian Kavanagh and Liam Connerton have already been ‘measured up’ and ‘fitted’ at Louis Copeland & Sons and tickets for ‘The Devils in Prada Fashion Show’ will go on sale this week.

The formal Dublin launch for the ‘The Devils in Prada Fashion Show’ took place in O’Donoghue’s Bar on Thursday evening last with RTE's Marty Morrissey performing the MC duties.

“The lads need more funds for training, etc and we are hoping that everyone will come on board and support their club and county.”

“We will have male and female models and styles on the night, and if people would like to sponsor a model, they are very welcome to do so,” continued Ms Gettings.

“We are looking to raise as much money as we can, so hopefully we will have plenty of support on the night.”

You can also check out ‘The Devils in Prada Fashion Show’ Facebook page.