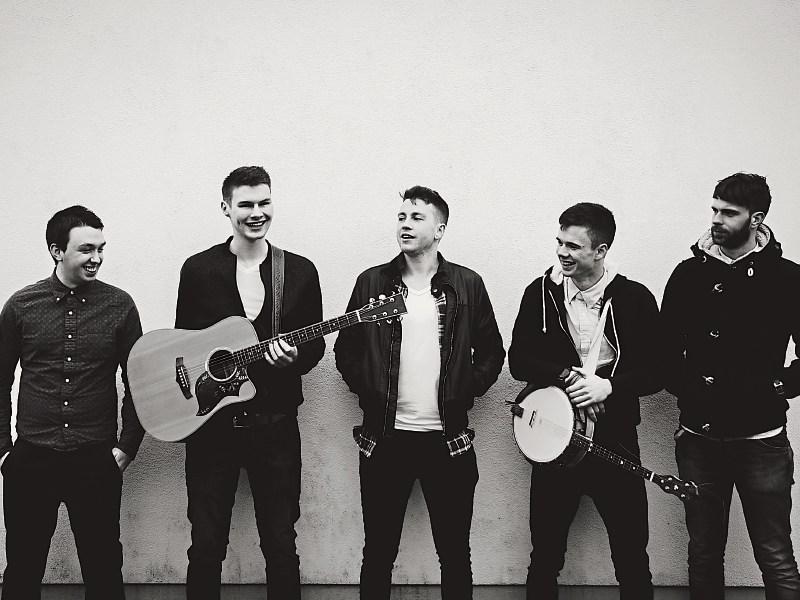 Longford public and music lovers have been asked to vote for local band Brave Giant after they were named as one of ten final contestants in the Le Crunch Apple of My Eye Song Contest.

The online competition received hundreds of entries from around the country before it was whittled down to the final ten, with Brave Giant as Longford's sole representative at the finals stage.

The north Longford five-piece have been shortlisted with their mash-up of ‘Is This Love?’ by Bob Marley and ‘Digital Love’ by Daft Punk, which they dubbed ‘Is this Digital Love’. The in-car cover garnered great attention over the past few weeks, having been viewed over 82,000 times on the band’s Facebook page alone.

Along with nine other semi-finalists from around Ireland, the band now face a public vote, with five of the entries going through to a national final at Whelan’s in Dublin on Wednesday, March 9. There, a panel of music industry judges - Niamh Farrell (HamsandwicH), Paddy McKenna (RTÉ and Joe.ie) and Shane Dunne (Indiependence Festival Director) - will choose the winner who will walk away with €2000.

“It’s a great opportunity for budding Irish artists to have their talents showcased to a huge audience,” says Paddy McKenna, “and also have their song checked out by some influential people from the Irish music industry.

“The quality of entries into the competition this year was amazingly high, and to narrow it down to a final ten was a difficult process. We hope the public get behind their favourites over the coming weeks,” he added.

Voting is now taking place at Joe.ie and Her.ie and will remain open to the public until March 2.