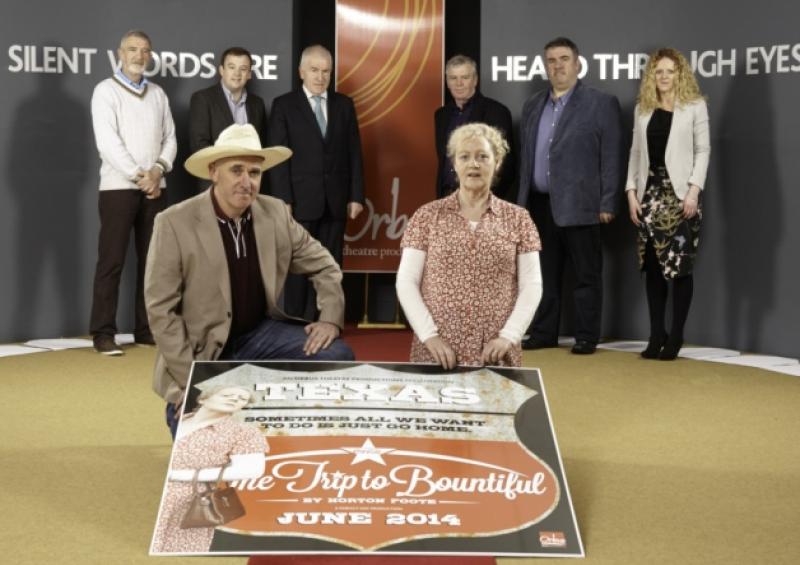 An innovative and exciting new production company in Longford has been given the stamp of approval by the Minister for Arts, Heritage and the Gaeltacht Jimmy Deenihan.

An innovative and exciting new production company in Longford has been given the stamp of approval by the Minister for Arts, Heritage and the Gaeltacht Jimmy Deenihan.

The Minister attended a private opening on Sunday, May 11 where he was introduced to the members of the newly founded Orbus Theatre.

Orbus is a new production company which will specialise in a style of theatre called “in the round”.

Speaking from their rehearsal space in the old convent in Newtownforbes, Noel explained the concept.

“We’re unique as it is theatre in the round which is quite unusual.

“The global experience of it has been ‘wow, that was so intimate’ as everyone has a front row seat.”

Primarily based in Newtownforbes, the theatre group will tour each production bringing the format to every location they perform.

“There is very little of it being done at the moment, especially touring.

“The way we’re set up is that we can bring the structure that we have developed here on tour with us. It is the same show wherever we go.”

Noel added: “We are promoting the local arts and are looking mainly at Longford County Council as a source of funding to initially set us up. “We will launch with three or four productions per year to begin.

“It is a unique style of theatre which will be associated with Longford and enhance the arts in the area.”

Noel finished by emphasising: “The main point we wish to clear up is that we are not a theatre, we are a production company which is based here. We hope to use it as a hub to bring professional actors down and make it a centre for symposiums and workshops. ”

The first production they are working on is called ‘The Trip to Bountiful’ by Horton Foote which will debut in The Dock, Carrick on Shannon before returning to Newtownforbes for a number of performances on June 12-15 & 18-22 Tickets are on sale on the Orbus Facebook page and via the website www.orbustheatre.com .

Minister Deenihan will be back on June 20 to officially launch the Orbus Theatre.