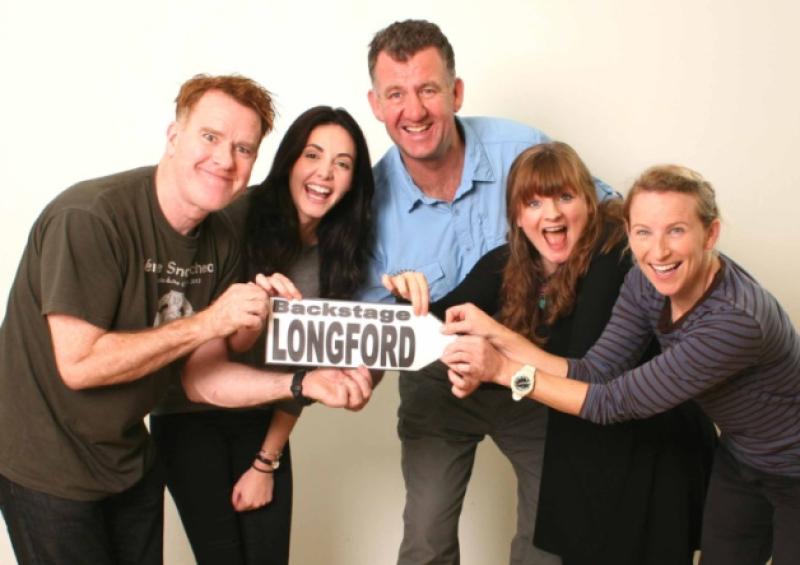 Performing at the Backstage Theatre next month, Julie Sharkey is no stranger to the county.

Performing at the Backstage Theatre next month, Julie Sharkey is no stranger to the county.

Daughter of Séimí and Mary (née Drake), Julie tells the Leader that she has a very close connection to Granard, as her mother hails from the area and many of her relatives (Drakes and Farrells) still live there.

“I’m dying to come to Longford,” Julie revealed. “I would have spent tons of times in Granard as a child.

“I have great, fond memories of Granard - and the Harp Festival was brilliant!” Julie continued, adding that she also recalls Longford’s Fountain Blue.

Preparing to star in the Mikel Murfi-directed ‘The Far off Hills’, Julie explained that there was never much drama on offer at her school.

“I just kind of made a couple of enquiries during the Leaving Cert,” she said, adding that she went on to study at the prestigious Gaiety School of Acting.

“It was fantastic,” she smiled. “It was just a whole new world really for me!”

A native of Ballaghaderreen, Co Roscommon, Julie is now based in Cork, where she also teaches two days a week, working at the Grow Centre in Cork City, and St Raphael’s, Youghal, a residential unit for adults with intellectual disabilities.

“It’s fantastic, I absolutely love it,” she said of her teaching role. “It’s lovely in this job as well, it’s very grounding, really rewarding - it puts things in perspective.”

With many film and television roles also behind her, Julie has enviable experience in many aspects of her profession.

“It’s certainly a business that’s good to get strings to your bow,” Julie admitted.

Having toured a lot of one-woman shows around the country, Julie said that working on ‘The Far off Hills’ is “a joy”, with three other co-stars (Niamh McGrath, Caoimhe O’Malley, and Steve Blount) along with crew (including Stage Manager, Justin Murphy) to enjoy the journey with. Julie also revealed that she is thrilled to be working with Director Mikel Murfi.

“It’s a joy to be working with him and I was very excited to get the job because I’d be a big fan of his work!”

Julie will star in Lennox Robinson’s hilarious ‘The Far off Hills’ at the Backstage Theatre, Longford on Friday, December 5 and Saturday, December 6 at 8.30pm. Tickets, costing €18/€16 are now available by calling 043 33 47888 or online from www.backstage.ie.