Creativity in
focus for
annual awards 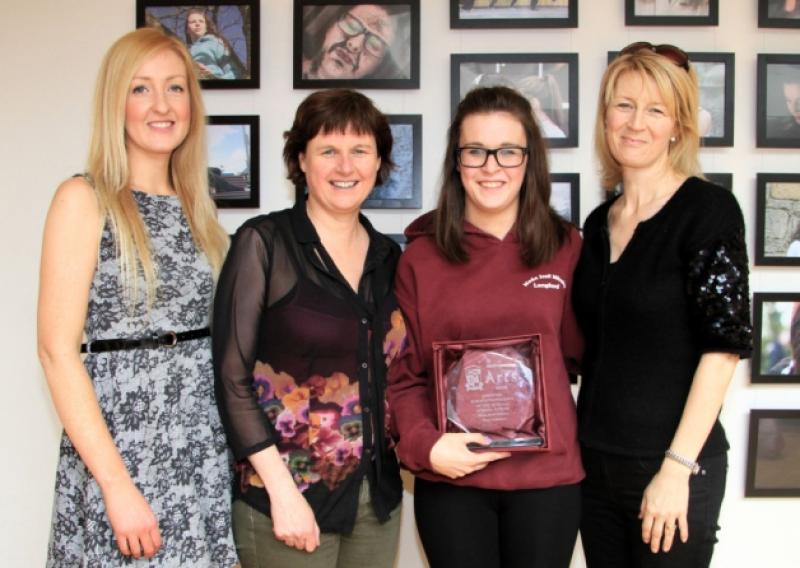 On Monday, May 19, students from six Longford schools descended on the Backstage Theatre for the fourth annual Longford Schools Photography Programme Awards and Exhibition.

On Monday, May 19, students from six Longford schools descended on the Backstage Theatre for the fourth annual Longford Schools Photography Programme Awards and Exhibition.

The entire event revolved around the students’ creativity. Along with exhibiting their work, students got to further display their creative talents, with representatives from each school putting on a performance for their peers.

County Mayor Larry Bannon was on hand to present the awards, and Cllr Tony Flaherty presented the Anti Drink and Drugs Photography Award.

Speaking about the course, Shelley explained that it’s not just about the technical aspects, though they too are important. “The course is about visual awareness and making the students aware of visual representation,” she stated.

“I love being able to see the students progress from the start of the year where they’re probably not aware that photography is an art, to the end of the year when they’re throwing out mature ideas and concepts at me,” Shelley continued.

The winners from each of the schools were as follows: