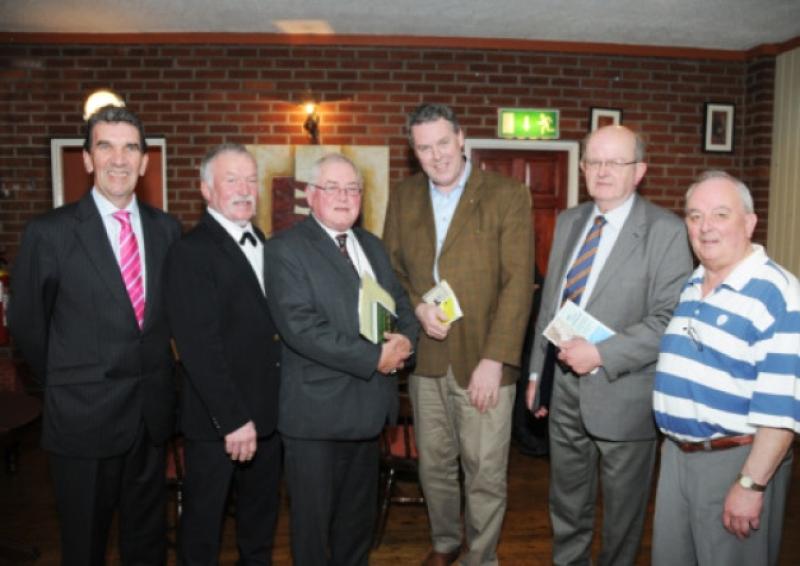 It was a question that dominated much of the debate over the course of last weekend as literary enthusiasts gathered to celebrate famed Anglo-Irish novelist Oliver Goldsmith.

And it was a point of view that took precedence at last Friday’s launch night inside Abbeyshrul e establishment, The Rustic Inn.

Chaired by another representative from the State broadcaster, Ciaran Mullooly, there was entertainment aplenty too with a recital being made by the Innyside Singers and musical distraction coming from local group, The Campbells.

Saturday and Sunday, meanwhile, brought with it literary tours and engaging takes on Goldsmith’s contribution to literary life.

Athlone writer Des Egan and US based professor of English, Dr Chris Wheatley led those discussions from the confines of Ballymahon’s aptly named Goldsmith Room on Saturday.

The same venue provided the backdrop for yet further appreciation on Sunday as did the south Longford townland of Pallas, the birthplace of the 18th century playwright.

Galway poet Rita Kelly wowed audiences with works in both English and Irish ahead of a wine and cheese reception and more poetry, this time of musical variety coming courtesy of local couple, Joe and Chris Farrell.

“The whole weekend was very successful,” said a thrilled chairman Seamus McCormack. “A lot of that was down to the quality of the speakers and the rapport that had with the audience.

!It was a very enjoyable weekend socially as well as from a literary persepective.”