Drumlish set for the Marquee 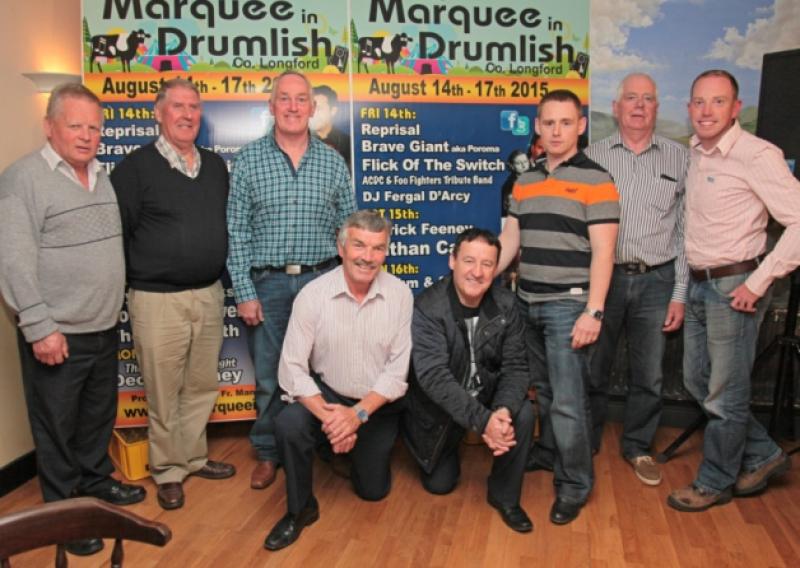 This year’s Marquee in Drumlish festival was launched at a special event held in the village’s Porter House bar last Wednesday evening.

This year’s Marquee in Drumlish festival was launched at a special event held in the village’s Porter House bar last Wednesday evening.

Widely regarded as one of the country’s leading music events, a large crowd was present as details of this year’s event were unveiled.

“It was very well attended and we had live music from Gerry Keenan. Leo and his staff at the Porter House put on refreshments for everyone, too,” explained Ciaran Lennon of the festival’s organising committee.

“Declan Nerney was present as were members of Brave Giant (formerly Poroma), Michael Cronin from The Aftermath, and 4 Degrees West.”

Over 6,000 people attended the festivities last year, with a similar number expected for the 2015 edition, which takes place on August 14 - 17.

“On the Friday night we’ll have sets from Reprisal, Brave Giant, and an AC/DC and Foo Fighters tribute band called Flick of the Switch.

“Saturday will see Patrick Feeney take to the stage, and there’ll be a headline set from Nathan Carter.

“Then on Sunday, 4 Degrees West, Rhythm and Sticks, Hot House Flowers, and The Aftermath will play the Marquee.

“The final night, Monday, will have music by Declan Nerney and guests,” he concluded.

For more information on the Marquee in Drumlish, see www.themarqueeindrumlish.ie.