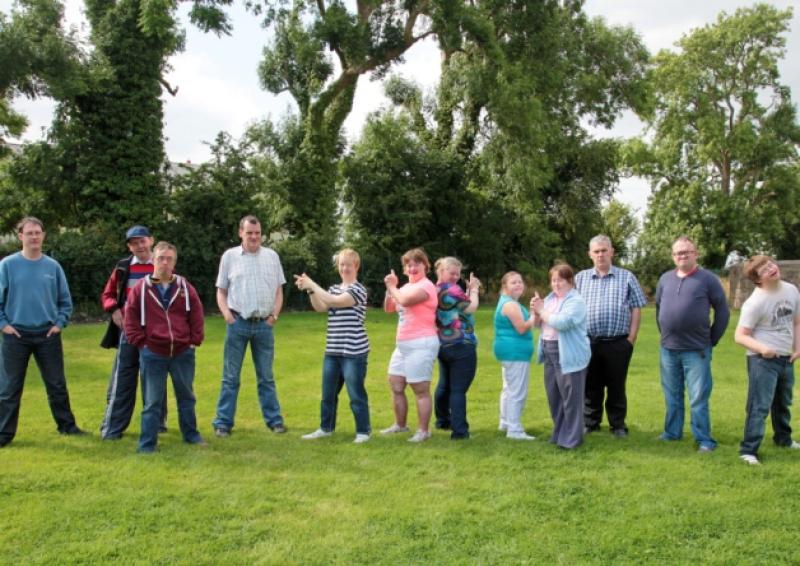 Talking with the men and women of St Christopher’s, it’s obvious they have a passion for film-making.

Talking with the men and women of St Christopher’s, it’s obvious they have a passion for film-making.

The festival, which was held at the Droichead Arts Centre in Drogheda earlier this year, saw entries from across the globe being screened, including short films from the USA, Ethiopia, the United Kingdom, and all over Europe. Six were then shortlisted for the ‘Best Film’ award, with the Green Shoots Theatre Group making the cut. The competing films were shown at a gala evening and the group from St Christopher’s were delighted to finish in second place with ‘Dark Day at Dawson Saloon’, with the judges commenting on, “their technical excellence and sense of fun, which was conveyed through the film.”

The movie was the brainchild of Pat Reid who always wanted to be involved in a cowboy film. Evelyn Kelly facilitated the group in writing the script, with filming by Shane Crossan, who was ably assisted by other members of The Green Shoots Theatre Group.

Francis O’Brien takes up the story: “I loved shooting the film. I played Big Bad Bob; I came into town and the saloon, ordered a drink, tried to kiss the saloon girl, who slapped my face. Her boyfriend, the cowboy in the bar, got mad, and we had a shootout.”

“Nobody messes with me or my girl!” adds Philip Gray, who plays the cowboy. “Big Bad Bob thought he could come into town and do what he liked - but he got his answer. I loved working on the film, it was fantastic.”

Triona Moloney, an accomplished actress who plays the saloon girl, said she really enjoyed the film and would love to do it again. She was one of six chorus girls, along with, Cassandra Farrell, Linda McGee, Breda McHugh, and Carmel Farrell. All said they loved the film-making process and admitted they really enjoyed dancing in the bar.

Linda McGee said the experience was fantastic and in another film she has made with the Green Shoots, she plays a vet, but that’s top secret at the moment, so she can’t say too much about it now.

To much laughter, Pat Reid says, “I played Big Bad Bob’s brother and came looking for revenge and tried to shoot Kevin Brady (another cowboy) but he wouldn’t die!” Joe Mimnagh played the Sheriff and the bar owner was played by Margaret Breen.

The group give a special mention to local publican Eddie Valentine, who played ‘The Mexican’ in the film and who generously allowed the movie to be filmed in his bar, while also hosting several launch nights for the group.

And with more projects in the pipeline, the Green Shoots Theatre Group will surely find themselves on the honours list again.