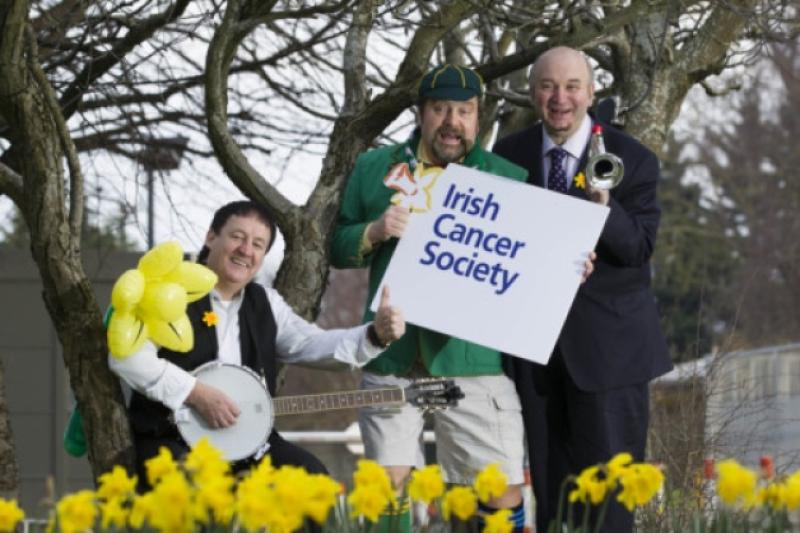 After they first met on a cruise ship in the Caribbean nearly 20 years ago, and after numerous promises and trips to the recording studio together, Declan Nerney and Brendan Grace have finally recorded a single together.

After they first met on a cruise ship in the Caribbean nearly 20 years ago, and after numerous promises and trips to the recording studio together, Declan Nerney and Brendan Grace have finally recorded a single together.

‘Things Are Changing Fast’, is the result of several years working together. “It was the obvious step, says Brendan. “We really enjoy each other’s company, both on and off stage, and it’s only due to our hectic solo careers that we didn’t get round to doing this before now.

Declan agrees: “We find ourselves joking and laughing and generally having a good time and this followed through during the recording of the song. Our time in the studio together was hilarious.”

The song, which was written by Cyril Curran and originally recorded by Mary McGonnigle back in the 1960s, allows Brendan and Declan to reminisce on times past, as it recalls the country ceilis, tandem bicycles and pony traps, which have all now disappeared but were once part and parcel of Irish life.

“I suppose we are lamenting the demise of the simple things in life,” says Brendan. “Looking back now, it’s hard to believe just how much has changed over the last 20 years or so.” Declan, who is well known for his interest in vintage tractors, agrees.

“Yes, it’s important that we acknowledge all the positive changes in the world, especially in the area of technology and communications, but we can never allow ourselves to forget our traditions of the past.”

Speaking about the release of the charity single, John McCormack, CEO of the Irish Cancer Society, added: “We are delighted to be the beneficiaries of Brendan and Declan’s landmark single.

“Since the weather took its toll on Daffodil Day, we have been appealing to the public to help make up the difference so that our services to those with, and affected by, cancer in 2014 will remain. We have been receiving wonderful goodwill and support from the public but we still need more donations.”

The song, which was recorded at the Spout Recording Studios in Granard, is released on the Hooley Record Label and is available to buy on iTunes now (€1.99) and will be available in all good record stores from April 19th, priced at €2.99. All proceeds will go to the Irish Cancer Society.