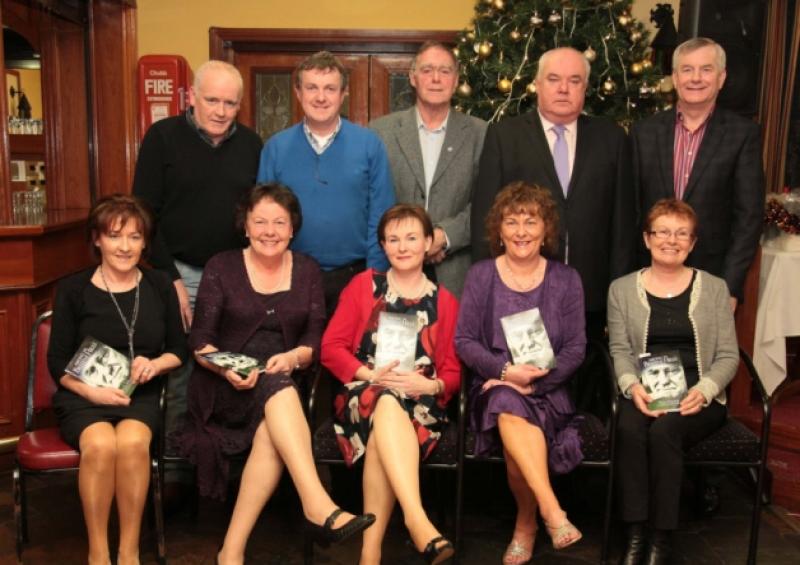 “The Spring has shed her mantle fair, Around Loughdavan shore,

“The Spring has shed her mantle fair, Around Loughdavan shore,

I hear the songbirds merry tune, On the hills of Old Drumgore.”

The words from a local poet who was honoured at a special event in the Piker’s Lodge, Loch Gowna on Saturday night.

The late Felix Halton left his mark on Mullahoran and its people and so it is fitting that a collection of poetry written by him was compiled into a book and launched at the event last weekend by renowned fiddle player Antoin McGabhan.

The Loughduff native who was born in Drumgore in 1915 and went on to live there for 88 years has been described by those who knew him as a “warm and engaging personality with a unique lyrical gift”.

His book ‘Among the Breffni Hills’ would make an ideal gift this Christmas for family and loved ones at home and overseas, as it covers the idyllic and often rugged landscape of south Cavan as well as the ever changing lives of its natives and their kin.

Felix was also perceptive with a keen eye and would rhyme off versus ad lib about everyday happenings without ever putting pen to paper. His home held an ‘open door’ policy and he would recite his compositions to neighbours and friends who were often left amazed at his fluency. Some even took the opportunity to write down his verses or made audio recordings, the results of which are now evident in the wonderful new book which was launched last weekend.

“Once he made up a poem Felix never forgot it,” added Mr McGabhan. “There is no doubt that if Felix was around today he would have great scope with the water debate as he did with the ESB.

“ He held a closeness to nature and an obvious contentment with the simplicity of life.”

‘Among The Breffni Hills‛ contains 75 poems, all with a local flavour and touching simplicity as they reflect Felix’s wonder in everyday things and his talent to make ordinary life seem extraordinary.

Containing wit and humour, much of the book is dedicated to family and locals including children and animals which he loved in equal measure. Another favourite of his was the local River Erne and ‘Dogs on Pottle Shore‘ tells of the local beagle hunting – “each man held bound a stalwart hound so eager for the fling”.

Felix’s grandnephew Sean Tierney from New York - a world flute champion - joined the local junior comhaltas group and Antoin for a rousing session, and as the night wore on there were many renderings of song and recitation - all in the spirit of the night as stories were told about visits to Felix and his brother Tommy who were known locally as ‘The Whitney Brothers’. The book is available locally and costs €15.