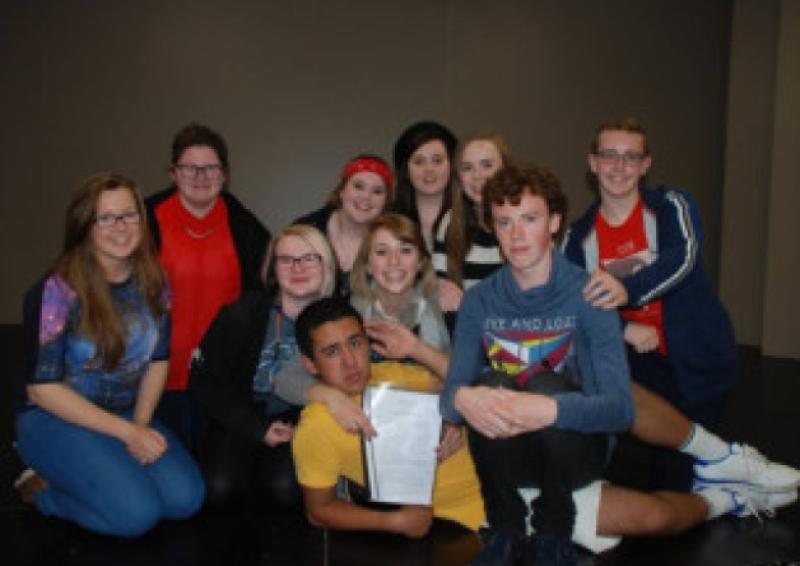 At the beginning of this year, the Backstage Theatre played host to seven sold out nights of the Backstage Youth Theatre pantomime, ‘Happily Ever After?’

At the beginning of this year, the Backstage Theatre played host to seven sold out nights of the Backstage Youth Theatre pantomime, ‘Happily Ever After?’

Penned by three members of the group, the show was an absolute hit, receiving rave reviews from audience members young and old.

With that in mind, the local drama group have again put their faith in the talents of their young members, resulting in not just one, but two shows.

Known as the ‘Severed Orcs’, (referencing a Seven Dwarves-based joke from last year’s panto), the group of fourteen are putting the finishing touches to their two scripts; ‘Robin Hood’ (set for 2015) and ‘The Glass Slipper’.

Speaking to the Leader Brendan Williams, Drama Facilitator with BYT and author of three pantomimes explained that the process began in June with general workshops working on characters, plots and the essential elements for a pantomime.

“From there we generated five possible plots, which we whittled down to two and then we started to write,” he continued.

“Initially, we never intended to write two scripts, but as the workshops progressed that seemed more and more likely, so we just kept going.”

Explaining that he had learned about script-writing from Doug Fox Roberts and indeed his own experience, Brendan pointed out that his role in the process was to help the young writers to start working from a solid base before trying to incorporate as many of their ideas as possible. Amazingly, Brendan revealed that the changes he had to make were few, only those associated with having several writers working on one script.

“The quality of their writing, their sense of humour and their enthusiasm for the project was remarkable,” Brendan stated.

The annual pantomime has become somewhat of a highlight in the county’s calendar, and following last year’s success, there’s no doubt that the people of Longford, and indeed further afield, are once more looking forward to seeing what these talented youths have to offer.

Adding that it’s a huge boost for the group members to have their work performed at the Backstage Theatre, Brendan concluded, “The BYT pantomime was seen last year by almost fourteen hundred people. It is one of Longford’s biggest shows of the year, and it’s now being written and performed by young people. That is an incredible achievement!”