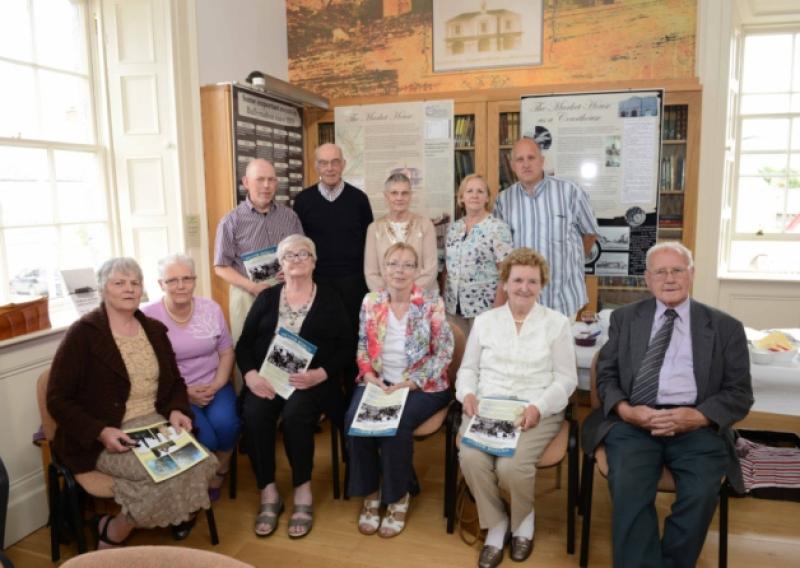 Close to 100 people crammed into Ballymahon Library last week for a special exhibition in honour of the dozens of Longford natives killed in World War I.

Close to 100 people crammed into Ballymahon Library last week for a special exhibition in honour of the dozens of Longford natives killed in World War I.

The evening, which was opened by Longford County Council Cathaoirleach Mark Casey, witnessed a number of previously unseen photographs and other memorabilia being put on display.

Fittingly, it was met with the approval of those watching on in a project that took several weeks to bring to pass.

“There was a big crowd and the feedback we have received has been very encouraging.”

“There has been a lot of research carried out on people from the area who served and returned from World War One,” he added.

It’s estimated up to 4,000 people with Longford connections may have taken part in what more commonly became known as ‘The Great War’.

Given its location, much of the evening typically tended to focus on the south Longford parishes of Ballymahon, Kenagh, Carrickedmond and Newtowncashel.

Mr Egan said one of the catalysts for the evening’s success was the courtesy shown by those who donated items of local interest.

“We got great co-operation from a lot of people who handed in photos, certs and medals.

“That definitely added to it,” he said.

The treasure trove of items handed over give some indication of the desire to recognise the contribution of Longford men and women in World War I.

Such was the level of interest behind the five day event, Mr Egan said talk had already started of were bringing similar World War One commemorations to Lanesboro and Longford libraries.

Like Mr Egan, local councillor and fellow Kenagh man, Colm Murray had a personal as well as professional interest for attending.

The maths lecturer’s great grand uncle, Francis Murray fought and died while fighting for Allied forces in Belgium in 1917.

Four years ago, Cllr Murray attended some of those combat zones, including the likes of The Somme and Ypres.

Last Tuesday however, presented another opportunity to learn more about a war which left over 16 million dead and another 20 million wounded.