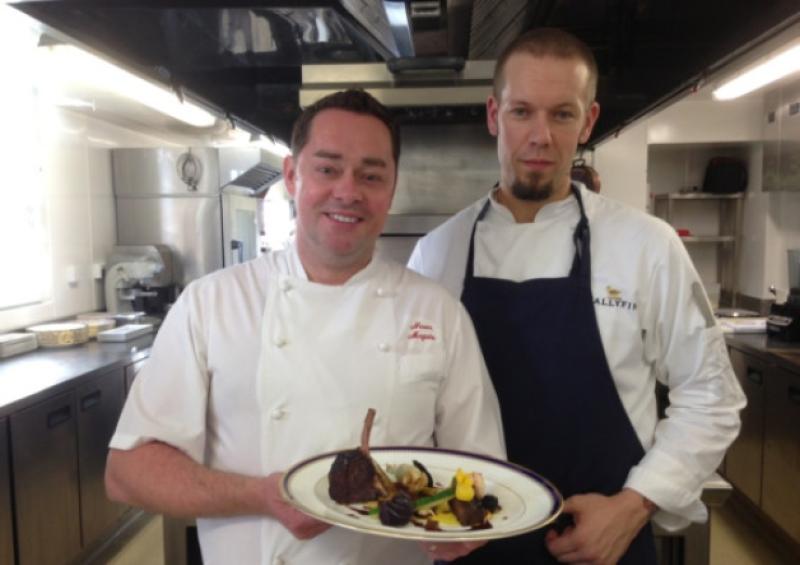 Celebrity chef Neven Maguire is returning to where his path to fame and notability began next week-The Longford Arms Hotel.

Celebrity chef Neven Maguire is returning to where his path to fame and notability began next week-The Longford Arms Hotel.

The Cavan culinary guru returns to the long established venue next Thursday (February 20) and it’s an event he has been quietly looking forward to.

“Would you believe, I held one of my first ever cookery demonstrations in the Longford Arms a long, long time ago,” he admitted.

“It’s going to be great going back there and meeting people and showing how to make the very best out of local produce.”

Maguire’s easygoing and unhurried tone is uplifting and one of the reasons behind his rising popularity. The return of his weekly RTE show, Home Chef which is now in its fourth series, bears this out.

But Maguire is anything but self-indulgent. He believes strongly in making the best use of affordable, fresh and appetising local cuisine, aspects he plans on exploring to the full next Thursday.

“There will be stands and local producers and I’ll be showing people how simple it is to make the most of what is on your doorstep.”

Audience interaction, health tips and free recipes are just some of the other highlights from an evening spearheaded by Longford Slashers GFC.

Tickets, priced at €20, are available from any club member, the Backstage Theatre and the Longford Arms Hotel.