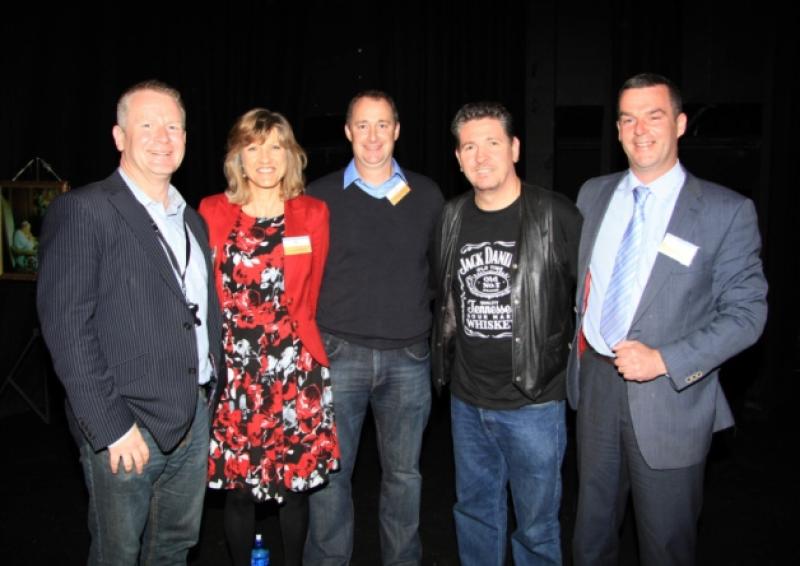 Last Wednesday saw the Backstage Theatre host a one-man play aimed at highlighting the problem of suicide in the Traveller Community.

Last Wednesday saw the Backstage Theatre host a one-man play aimed at highlighting the problem of suicide in the Traveller Community.

Organised by the Primary Healthcare Project for Travellers, ‘Magpies on the Pylon’ was written and performed by well-known actor Michael Collins, who himself comes from a Traveller background, and the play told the story of a father trying to cope with his son’s suicide, and the impact it has had on the rest of the family.

There was a full house for the performance, which was followed by a facilitated panel discussion on mental health and suicide awareness.

“We had a terrific response, with Traveller groups from Longford, Roscommon, Dublin, Offaly and Cavan all attending,” said Frances Swaray of the Primary Healthcare Project for Travellers in County Longford. “In particular we were aiming at men’s groups and service providers, and the central message was to let them know that help is out there for sufferers of depression and for families who have been affected by suicide.”

Ms Swaray explained that the staging of the play coincided with World Suicide Prevention Day and added that “the suicide rate in the Traveller Community is six times higher than the rest of the population, which is worrying.”

According to Ms Swaray, contributing factors to this high suicide rate include changes in lifestyle, erosion of Traveller culture and traditions, unemployment and living conditions. She also noted that general life expectancy is lower amongst Travellers - a statistic which is worsening.

During the exchanges, Cllr Mae Sexton admitted she was not aware of the high suicide rate in the Traveller Community beforehand, and that she was “horrified” by the figures.

Joining the discussion after his performance, Michael Collins revealed he had “pieced the play together from speaking to people who had been affected by suicide” and that he chose to tell the story from the point of view of one of those left behind because “these people need to be targetted too.” He also contended that “sometimes Travellers find it hard to talk to a settled person about such problems.”

Ms Swarway told the Longford Leader that the Primary Healthcare Project for Travellers had seven members of the Traveller Community working locally as outreach workers trained to handle such issues.