Bringing TV to the local community 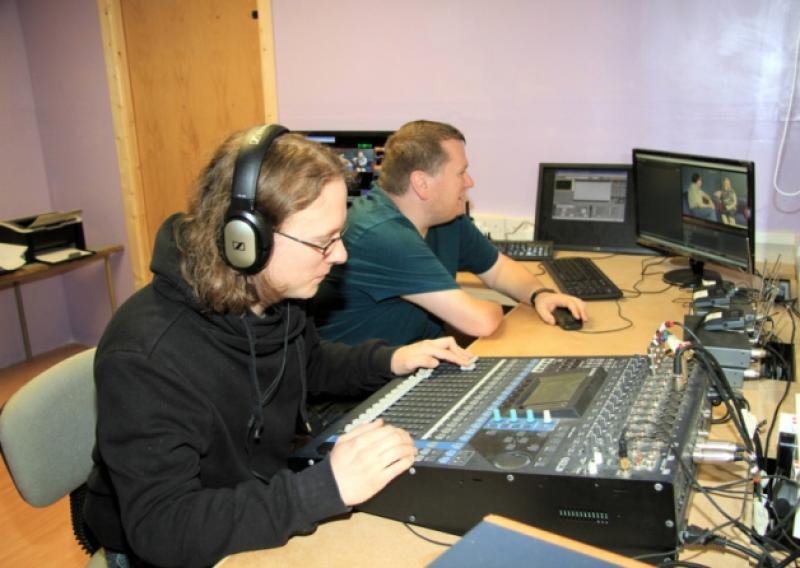 Longford’s very own community television studio will host an open day next weekend as it prepares to launch a new training course in television production.

Longford’s very own community television studio will host an open day next weekend as it prepares to launch a new training course in television production.

doors of its studio at Mastertech Business Park to the public on Saturday, October 31, to allow people to inspect the facility for themselves and learn about how the group aims to benefit the local community.

“Members of the public will be able to come in, look around the studio, and see what it’s all about,” the Chairperson of Out-take Media, Seamus Clarke, explained. “Our members will be at work creating sample programmes, conducting interviews in the studio and so on, so people can see how a TV programme is made.”

Mr Clarke added that visitors are welcome to get involved: “Visitors will be allowed to take a hands-on approach with presenting, interviewing, camera operation, and other aspects of production.”

The open day comes as Out-take Media prepares to host a new training course aimed at individuals and groups planning to create television programmes in connection with next year’s 1916 Rising Centenary commemorations.

“The programme is called ‘Making TV to Remember’ and it’s the first training course we’ve offered to the public,” Mr Clarke continued.

“It’s designed with a particular focus on people who want to produce commemorative TV programmes based around the 1916 Rising but it is open to anyone with an interest in TV production.”

Starting from 7pm to 9.30pm on Wednesday, November 4, the course will run for seven weeks.

“It will cover all aspects of production, including storyboarding, scripting, using a camera in the field, sound, and then using the studio to tie it all together.

“We also envisage having at least one Saturday session,” Mr Clarke revealed, before adding: “Any media produced will be given to the participants, and if they want we can upload it to YouTube or arrange for it to be broadcast on Cablecomm’s cable TV network.

“We’re excited to be partnering with Longford County Council in offering this training course to the community,” he concluded.

“And of course, anyone who does the course is also welcome to get involved with Out-take Media on a more permanent basis.”