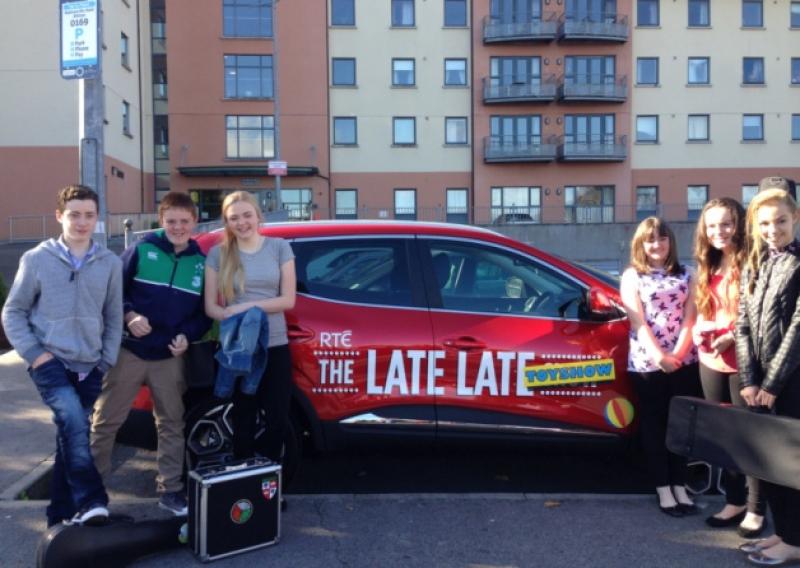 Six teenagers from the Edgeworthstown area will have the enviable task of appearing on the Toy Show this weekend, after being chosen from among thousands of submissions to perform live on the programme.

Six teenagers from the Edgeworthstown area will have the enviable task of appearing on the Toy Show this weekend, after being chosen from among thousands of submissions to perform live on the programme.

A much-loved part of Christmas for children (both young and old!), the Late Late Toy Show will return this Friday, November 27, and Sé Chairde will lend their talents to a traditional part of the show. With last year’s show enjoying a reach of 2.065 million, it’s set to be the talented teens’ biggest show yet, but one they are immensely looking forward to.

Two All-Ireland Community Games qualifications and one bronze medal later, and the group made it through the thousands who applied for a chance to perform on the Toy Show. In fact, it was confirmed earlier this week, that more children auditioned for this year’s show than any other year in the show’s history, making this an even bigger achievement for the group.

“It’s great for Co Longford and for Edgeworthstown,” said Ann Mulligan, whose son is in the group. “The kids are so excited, they’re absolutely thrilled! What an honour to be appearing on one of the biggest shows of the year.”

Grateful to Pauline Flood and Frank Kilbride for their support over the past two years, and to sponsors Granard Credit Union and Joe Callaghan CCÉ, Sé Chairde also paid tribute to their teachers Maeve Donnolly and Elaine Reilly, who have helped them perfect their skills along the way.

Keep an eye out for Sé Chairde this Friday night, November 27 on RTÉ1. The live show kicks off at 9.35pm.