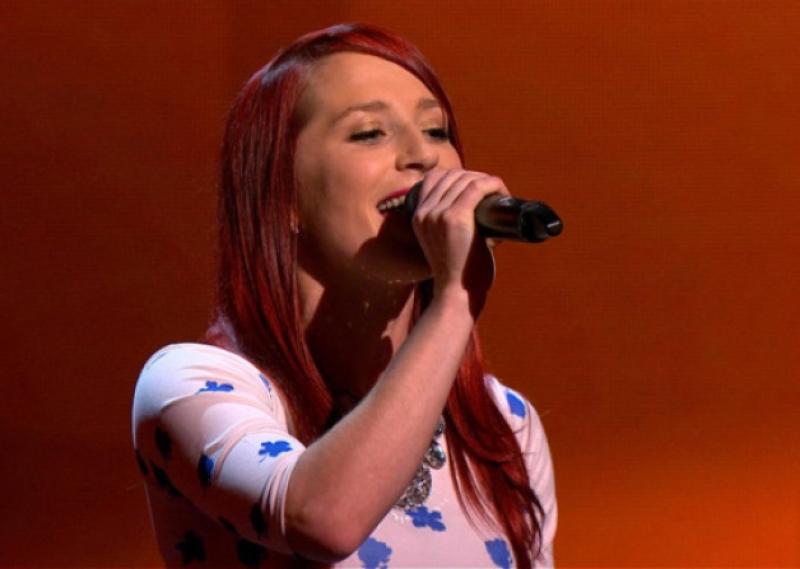 Longford Rose Kathleen Mahon will grace our television screens not once, but twice this weekend, as she vies to represent Ireland in the Eurovision just before continuing her Voice of Ireland journey.

Longford Rose Kathleen Mahon will grace our television screens not once, but twice this weekend, as she vies to represent Ireland in the Eurovision just before continuing her Voice of Ireland journey.

On Friday, February 27, Kathleen will perform Charlie McGettigan’s ‘Anybody Got A Shoulder’, as the country gets set to choose its Eurovision entry.

With the county behind her, Kathleen stated that she has received great support from the public throughout the process.

“[The response to the song] has been really really positive but I’d no doubt that it would be,” she admitted. “Charlie’s amazing at what he does and he’s an amazing songwriter, so it’s a bit of an honour to be able to sing one of his songs.”

Paying tribute to local businesses and her sponsors, Kathleen extended her thanks to Michael Croghan, Laurie Casey, Pauline Belton of Grafters, Aine’s Boutique and Ursula’s Nail Bar, all of whom helped her in her recent auditions and performances.

It’s been a strange, albeit exciting, time for Kathleen, from recording a video to taking part in a photoshoot for the single. “You’re just in disbelief I suppose,” the Youth Worker continued. “You’re not doing your everyday things, your everyday routine.

“I am just trying to kind of absorb it all and enjoy the experience as well and not let it fly by me. “

On Sunday, Kathleen will return to our screens on The Voice of Ireland, where she will take part in the Battles round opposite Kilkenny teenager Fionn Gardner, performing Fun’s hit song ‘Some Nights’.

“Myself and Fionn actually got on so well,” Kathleen revealed. “When we were paired together we made a pact with each other to go out and enjoy it and we did exactly that. You’ll see it anyway next Sunday, but we went out and had the time of our lives basically.

“The atmosphere in the Helix was amazing.”

“I was happy to have Fionn even though we were against each other,” she laughed.

On her coach, Kian Egan, the 2014 Rose revealed that he is extremely “down to earth”, to the point where the two shared a conversation about Eircom and download and streaming speeds!

With a big weekend ahead of her, Kathleen is grateful for all the support she has received from the community, family, friends, and colleagues.

Thanking all who have been behind her throughout her Eurovision bid and Voice of Ireland auditions, Kathleen also shared her hope that people will tune in to watch the Late Late Show on Friday.

“If they do like the song I would love for them to vote. It would be amazing to represent Ireland in the Eurovision and such a unique experience, so it’s something I would love to go and do.”

The Late Late Show Eurosong Special will be broadcast on RTÉ 1 on Friday, February 27, at 9.35pm, while the Voice of Ireland returns to RTÉ 1 at 6.30pm this Sunday, March 1.