O’Reillys have the Trad Factor 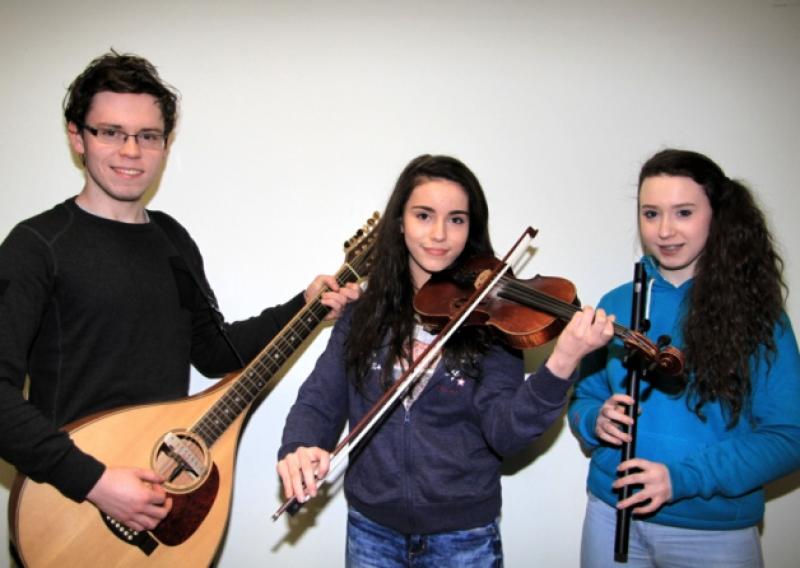 Three siblings from the Edgeworthstown area are making a name for themselves in the world of traditional music, thanks to consistently high scoring in competitions and show-stopping performances on stage.

Three siblings from the Edgeworthstown area are making a name for themselves in the world of traditional music, thanks to consistently high scoring in competitions and show-stopping performances on stage.

The O’Reilly sisters, Aishling and Emma, and their brother Colm, who are from Cranleymore, have been familiar faces at Fleadhs and Scór na nÓg competitions in recent years, where they have consistently impressed judges to progress to the Leinster heats.

“I won the slow airs section on the fiddle in Leinster last year, and made it through to this year’s All-Ireland finals in trad dance,” explains Aishling, who is in second year at Ballymahon Vocational School.

Her sister Emma adds: “I’m in third year at the same school and I play the low whistle and the regular whistle.”

Meanwhile, Colm, who is currently studying Health, Science and Physiology at Sligo IT, played four-string banjo when he was involved in competition but says he is now focusing on guitar.

“I play acoustic guitar when I’m playing with the girls, but I also play electric guitar; I built one as my construction project when I was doing my leaving cert in Cnoc Mhuire,” he says, before naming Bruce Springsteen and Bon Jovi guitarist Richie Sambora among his influences.

More recently, the three, who are children of Seán and Helen O’Reilly, have gained recognition from their live performances, with the three regularly playing alongside each other, including a memorable performance at the Longford Variety Group’s ‘Time of Our Lives’ show at Backstage Theatre last month.

“I also played in Noyal-Châtillon-sur-Seiche in France when the Longford delegation visited in 2013,” Aishling continues, while Colm goes on to say: “I acted in ‘Arrah-na-Pogue’ last year, which was directed by Seamus O’Rourke, and I played music during that.”

He admits that the experience, along with a role in the Mostrim Players’ production of ‘The Carnival of Glenaduff’, led to him “catching the acting bug.”

The O’Reillys were also a familiar sight at Gathering events last year, with the three musicians very much in demand for events associated with the initiative.

“We spent most of our weekends last year playing at Gathering festivals,” Emma reveals.

And with these siblings possessing such a wealth of talent, many more festival appearances surely await.