BTG back with one-act hat-trick 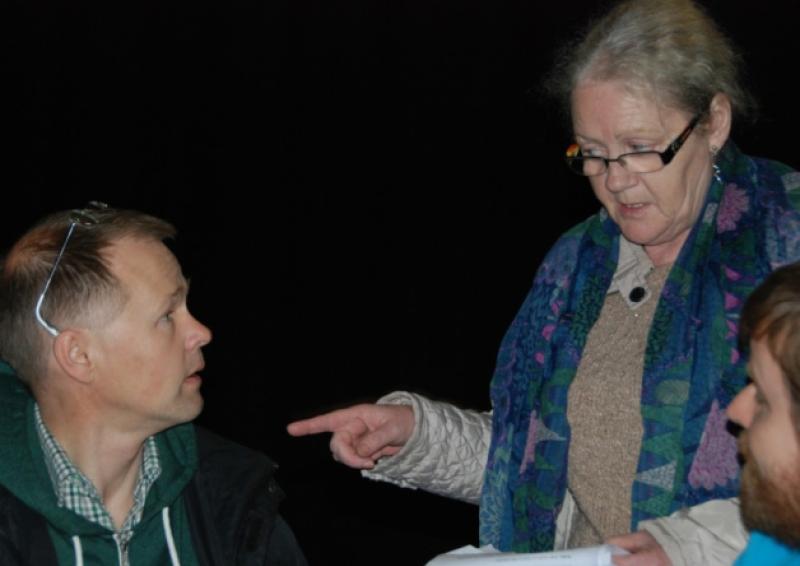 Two great evenings of entertainment are in store, as Backstage Theatre Group put the finishing touches to three one-act plays to be performed later this month.

Two great evenings of entertainment are in store, as Backstage Theatre Group put the finishing touches to three one-act plays to be performed later this month.

On Friday, October 17 and Saturday, October 18, the group will present ‘Mary, Mary’ by Bruce Adam, ‘Guests Of The Nation’ adapted by Gary Wall and ‘Holy Mary’ by Eoin Colfer.

“We usually find one-acts are a good way to get new people involved in shows because there’s not so much pressure on a one-act play,” explained PRO of Backstage Theatre Group, Declan Donohoe.

Declan went on to admit that in the aftermath of their successful open evening, the group had some difficulty to try and find suitable one-act plays to accommodate as large a cast as possible. This has resulted in a huge cast of 17.

“Out of the cast of 17, eight are brand new actors to Backstage Theatre Group,” Declan revealed. “A few of the cast are relatively new to Backstage and then of course you have the stalwarts involved as well, and it’s great to have the more experienced group members to balance out and to encourage the new members along.”

More of the group’s new members are also busy behind the scenes on the one-acts, which Declan believes to be as important as the actors onstage.

“Outside of the eight actors who are onstage, a lot of new members will be involved behind the scenes assisting on lighting, sound, stage crew, set, costumes, make-up and stage management,” he revealed. “As I have said before, part of the reason the theatre group is called Backstage is to draw attention to those who don’t get seen on stage. Without people behind the scenes, a play cannot happen.”

In another new move for the group, three of its stalwarts; Pat Joe McLoughlin, Christine O’Brien and Declan himself, are trading acting for entirely new roles as directors.

Audience members are in for a real treat, as old and new members take to the stage for three entirely different yet equally striking plays.

Speaking about the one-acts, Declan explained, “The first play, ‘Mary Mary’, which is going to be directed by Pat Joe, is an out and out comedy. The second piece that I’m directing, ‘Guests of the Nation’, is a bit more serious. It has light comic moments but more serious tones,” he continued.

“‘Holy Mary’ that Christine is directing, which will be the last play on the night, is a beautiful comedy piece with real heart in it. It’s the sort of play that leaves you going home with a real smile on your face,” Declan stated, adding, “To get three different types of shows in one night, it’s great value.

“There’s very few groups around that would put on three one-act plays in one night. Usually it would be two with smaller casts.”

Acknowledging the community for their continued support of the group, Declan went on to say that as soon as curtains close on the one-acts, work will begin on next year’s schedule.

“As soon as these shows are over, we will start the groundwork for the shows we’ll be doing in February. We’re talking about going on the All-Ireland festival circuit again in spring with a full length production, but as soon as we finish these, the whole lot starts again.”

Encouraging members of the public to come along to the one-acts, Declan concluded, “We in Backstage Theatre Group have a reputation for the standard of shows we put on and I think this year’s one-acts will hold up to that reputation.”