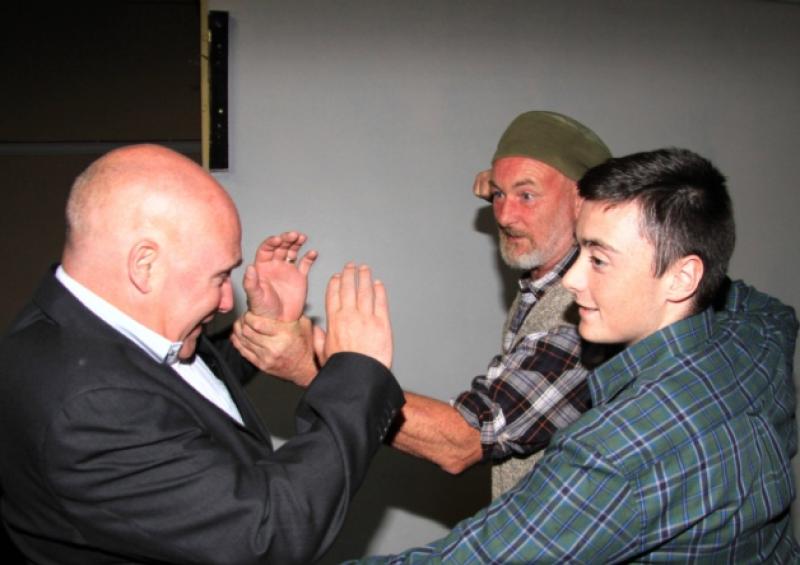 Since their inception one year ago, the Mostrim Players have gone from strength to strength, with an ever increasing membership and the formation of the Tiny Theatre for younger members.

Since their inception one year ago, the Mostrim Players have gone from strength to strength, with an ever increasing membership and the formation of the Tiny Theatre for younger members.

Having taken on one-act plays, a pantomime and a variety show, the group are now trying their hand at a two-act play, with the showband comedy, ‘The Carnival at Glenaduff’ by Padraic McIntyre.

The play, set in the 1960’s in Co Cavan, is based on the annual carnival which resulted in the explosion of ballrooms around the country. It features a band named Jack High and the Three Aces, who travel around the country playing music and meeting girls, and it is the latter activity that is the main theme throughout, with Jack, the lead singer, getting up to all sorts.

A regular occurrence during this era was the return of emigrants from England during the summer months and so is the case with John Joe; only this visit is one he will not forget for a long time!

Directed by Elaine Kelly and produced by Vanessa Flood, ‘The Carnival at Glenaduff’ is a real challenge for Mostrim Players but one which the director is confident will be an outstanding success.

“We began open auditions in May and the response was overwhelming. It is amazing the talent that is in Edgeworthstown and indeed some neighbouring parishes where we have borrowed cast members,” Elaine says.

Meanwhile Vanessa, who took part in the play when it was performed in The Backstage Theatre in 2011 adds, “I have never seen such a dedicated bunch of people who give so freely of their time so as to perform to the best of their ability and to give the audience real value for money”.

Rehearsals have been ongoing for the past couple of months in The Park House Hotel and the stage, which has been designed by Brendan Doherty is a real step back in time.

‘The Carnival at Glenaduff’ will take place from August 7-10 in the Park House Hotel. Tickets, costing €10 each, are on sale in local outlets, from the cast and committee members and by calling 087-2891726.