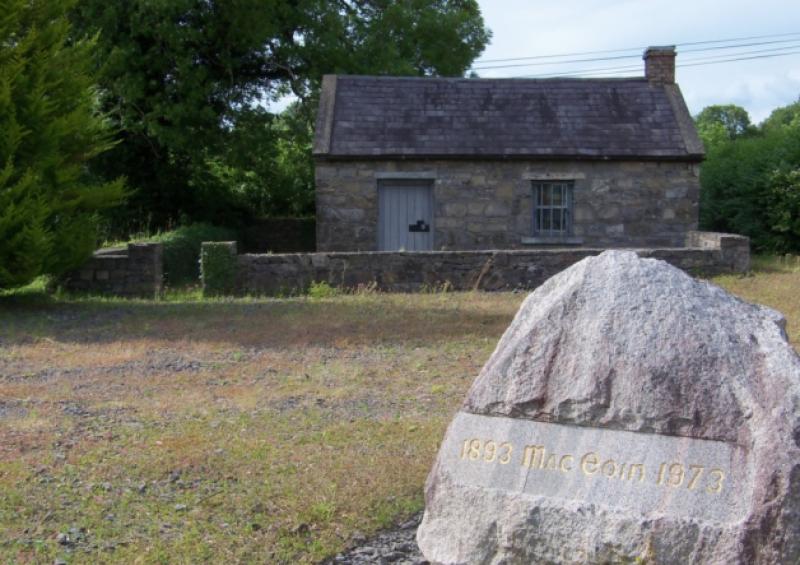 A fimmaker who originally hails from Killoe has set his sights on making a movie based on one of County Longford’s best-known historical figures.

A fimmaker who originally hails from Killoe has set his sights on making a movie based on one of County Longford’s best-known historical figures.

Tom Begley, who has been based in London for a number of years, previously received an award for his short film, ‘Cold’, at the prestigious Milan Film Festival. He also worked with former boxing champion Steve Collins on another film entitled ‘Tax City’.

Speaking about his upcoming projects, Mr Begley told the Longford Leader he hopes to create a biopic of the famous ‘Blacksmith of Ballinalee’.

“I am at the very early stages of writing a feature length film about General Sean Mac Eoin,” he said. “It is my intention to use all Longford actors, locations , and crew.”

He continued by outlining the production requirements and ambitions he has for the project: “To make the film. I would look to get a named actor to play the lead and am looking at Cillian Murphy, Colin Farrell or Michael Fassbender, or another Irish star,” he explained. “In order to make this happen I estimate that I would need €100,000, with a large chunk going towards one of the above and most of the rest being used for post production, etc.”

Mr Begley went on to say that in addition to established methods of fundraisng, he hopes to raise capital for the project through the innovative medium of ‘crowd funding’.

“I am hoping to raise the money through crowd funding which is massive here and in the States,” he revealed. “The idea is that people can pledge as much or as little as possible; the caveat being the more you pledge the more you gain from the project. For example, you could get a speaking part, or the part of an extra, or if you were camera shy you would get a producer credit at the end.

“I am hoping that there will be a few well-off individuals from within the county that will be generous, thus allowing this to happen.”

In conclusion, Mr Begly added that, “It does appear that poor old Longford does appear to be the butt of all jokes in recent times and I think it’s about time they shook off this notion.”