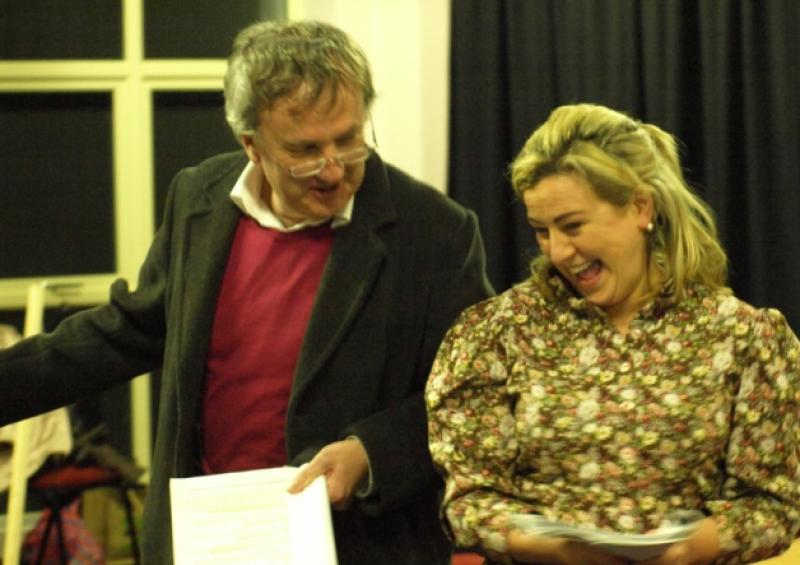 Fresh from the success of their 25th anniversary production of ‘Our Town’, the Backstage Theatre Group will make a highly-anticipated return to the stage next week.

Fresh from the success of their 25th anniversary production of ‘Our Town’, the Backstage Theatre Group will make a highly-anticipated return to the stage next week.

Set in rural Ireland, ‘Sharon’s Grave’ deals with a theme that is prevalent throughout many of Keane’s works; the land.

Trassie Conlee is looking after her dying father Donal and brother Neelus. Her cousin Dinzie, described as one of Keane’s most villainous characters, wants her to move to his father’s house once Donal dies, so he can have her house. With a hump on his back, and unable to walk, Dinzie relies on his brother Jack to get around, but the bitter man makes up for that with his sharp tongue and manipulative ways.

Meanwhile, outsider Peadar Minogue comes into the picture. A thatcher by trade, Peadar tries his best to help Trassie.

The title of the play enters the plot through Trassie’s brother Neelus. Based on the old Irish legend of Sharon, a chieftain’s daughter, and the circumstances surrounding her death, Neelus is convinced that he hears the voice of Sharon in the wind.

The dark comedy features a variety of fascinating characters that will keep you entertained from start to finish.

With a cast of twelve, the play will feature many familiar faces, including Jimmy Lennon as Donall Conlee, Liz Leavy as Trassie, Nathanial Oliver McKenna as Neelus, Declan Neville as Peadar, Jim Davey as Dinzie and Niall Brewster as Jack.

Charlie Dunne, Nancy Bermingham, Maureen Dunne, Nuala O’Kane, Mary Mahon and Eileen Murphy round up the cast of what promises to be an excellent night’s entertainment at the Backstage Theatre.

Tickets are available from the Backstage Theatre Box Office on 043 33 47888 or www.backstage.ie