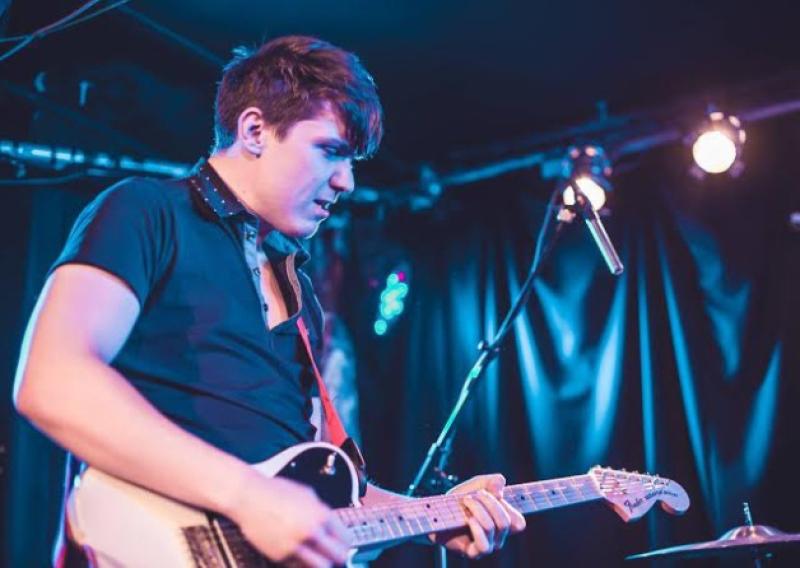 A young Granard man who has been writing his own songs for the past year has begun to make waves in the US.

A young Granard man who has been writing his own songs for the past year has begun to make waves in the US.

21-year-old Joseph Regan who is studying Commercial Modern Music at BIMM Dublin in conjunction with Dublin Institute of Technology (DIT) produced a short EP last September - Shy Eyes and the Big Thing - and received some rave reviews on American Music websites in the meantime.

The young man, who is the son of John and Angelo, has been writing and producing his own material from a studio in the garden of his home, for the last 12 or so months, and the hard work is beginning to pay off.

“I started to really like what I was doing,” Joseph told the Longford Leader.

“I decided to give the whole music thing a go; the song that is getting noticed - The Big Thing - is one of the first songs that I ever wrote and is a three and a half minute, rock and pop song. It was influenced by some of the bands that I like including Green Day, and I was trying to come up with my own version of how these type of bands’ work and convince myself that I could write songs.”

Reviewed favourably on American website, Equal Ground, the Big Thing is gaining popularity on iTunes, Spotify and Google and the way in which it has been received has served to encourage Joseph to delve deeper into his music abilities.

“That review was quite a cool thing to happen for me; I have also started a little record label called Crazy Horse Records - named after my dad whose nickname was Crazy Horse for a long time, I do believe - and designed a little logo for our Facebook page,” the young musician added.

“This is providing me with an opportunity to perform with more artists and I am hoping to start gigging in Dublin shortly as well.

“This summer I plan to record a lot more stuff and release more songs in early 2015.

“More and more musicians and songwriters are coming to the studio at home in Granard now as well, so that is very exciting.

There are other bands in the pipeline for the studio in the next few months and it is going to be great for me to be in a position to record with some brilliant artists and musicians who have great experience.”