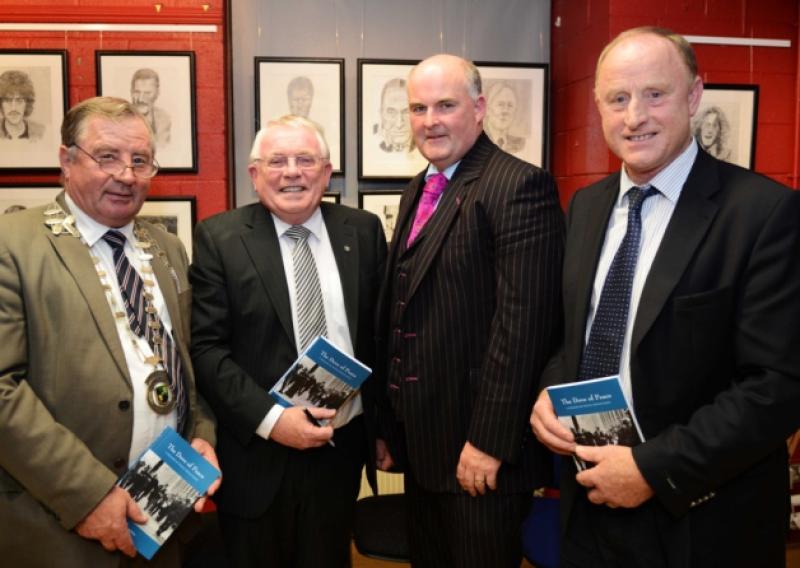 Longford Library was the venue recently as local author and retired teacher, Seamus McRory launched his latest book, The Dove of Peace - A Memoir of Poetic Reflections.

Longford Library was the venue recently as local author and retired teacher, Seamus McRory launched his latest book, The Dove of Peace - A Memoir of Poetic Reflections.

More than 400 people attended the launch and the book represented a new departure for the author as all his previous works had a GAA theme.

The book was launched by Joe Flaherty of the Longford Leader, who was effusive in his praise for the author and said the publication was a timely reflection on a lifetime of achievement.

Seamus McRory taught in a number of Co Longford schools but prior to coming to Longford , the Derry native had been very involved in the emergence of the Civil Rights movement.

He was a founder member of the SDLP but on taking up a teaching position in Lanesboro, in the mid 70s, left active politics.

At the launch Joe Flaherty said the author is linked with some of the most significant and in many cases tragic events of the early years of the Troubles. “Here is a man who devoted himself to the civil rights movement, a man who was there for the formation of the SDLP and a man, whom the history of those particular years, will remember in the same chapters as John Hume and others. That is achievement,” Mr Flaherty told the assembled audience.

A connection was also formed between the adopted Longford man and fellow Derry native and famed Irish poet, Seamus Heaney, who died earlier this year.

Heaney had been his tutor at teacher training college. When the emerging poet presented McRory and his classmates with a copy of his first anthology of work, it made a lasting impression on him.

Said Joe Flaherty: “A lasting friendship was forged from that first encounter and whilst we as a nation mourn the passing of Seamus Heaney, we can also rejoice in the fact that his was his enthusiasm for the written word, that helped inspire Seamus McRory.”

The book also features many poems of a sporting theme as well as tributes to Albert Reynolds, other political leaders and a brilliantly descriptive piece on the impact of the burning of the Cathedral.

The Dove of Peace is on sale locally and is an excellent read.