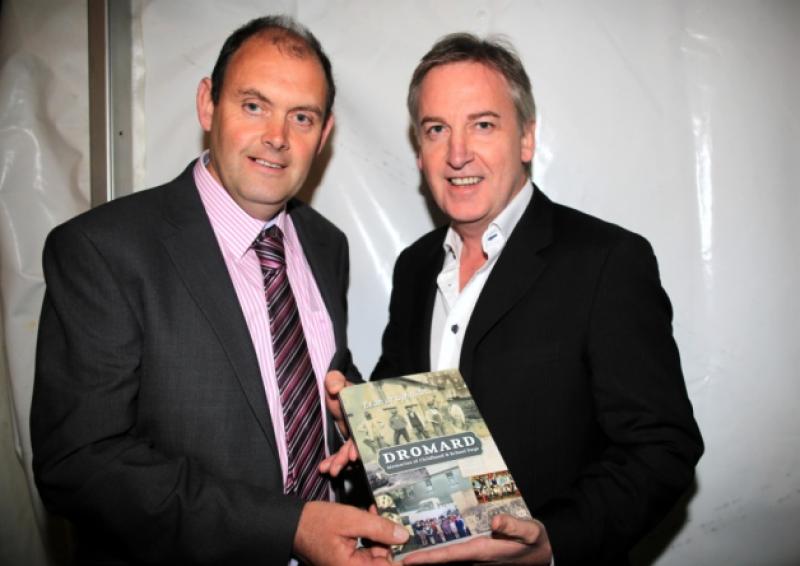 It’s amazing how a book charting a community’s history, some light entertainment and a famous face can draw the largest of crowds.

It’s amazing how a book charting a community’s history, some light entertainment and a famous face can draw the largest of crowds.

Add to this, bountiful supplies of delicious food and refreshment and suddenly you have the father of all social occasions.

Even guest of honour and decorated crime writer Paul Williams seemed taken aback by it all.

“I’m just amazed,” he muttered to the Leader as he stepped inside a near full to capacity marquee. “I’ve been to festivals all over the country which would have had a fraction of the people that are here tonight.”

The Leitrim born journalist was in town to set the seal on Dromard’s own unique take on the Gathering.

He was also there to unveil a specially compiled book focusing on three former national schools, Moyne, Legga and Edenmore as well as Dromard’s incumbent St Patrick’s National School.

In choosing Williams as the evening’s keynote speaker, organisers were also, in effect. picking one of their own. The Irish Independent reporter is no stranger to these parts. His late mother, Patricia hailed from Ballyduffy, a well known north Longford stronghold and an area steeped in tradition.

“Hello Paul, I’m your cousin,” interjected Crott woman Kathleen McHugh, as the Leader tried to grab a word with the hemmed in journalist. Chairperson of the committee’s three day festival, Joe Murphy was next to offer his hand.

To be fair, Williams took it all in good spirits and with the look of a man who was glad to break away from his ongoing investigation into the former Anglo Irish Bank.

“I’ve spent four hours today going over tapes, so something like this is fabulous,” he said, before grabbing a copy of the soon to be launched book.

Williams’ warm demenour certainly seemed to rub off as crowds continued to gather. “We weren’t sure how many would turn up, but this is just great,” said a beaming Mr Murphy.