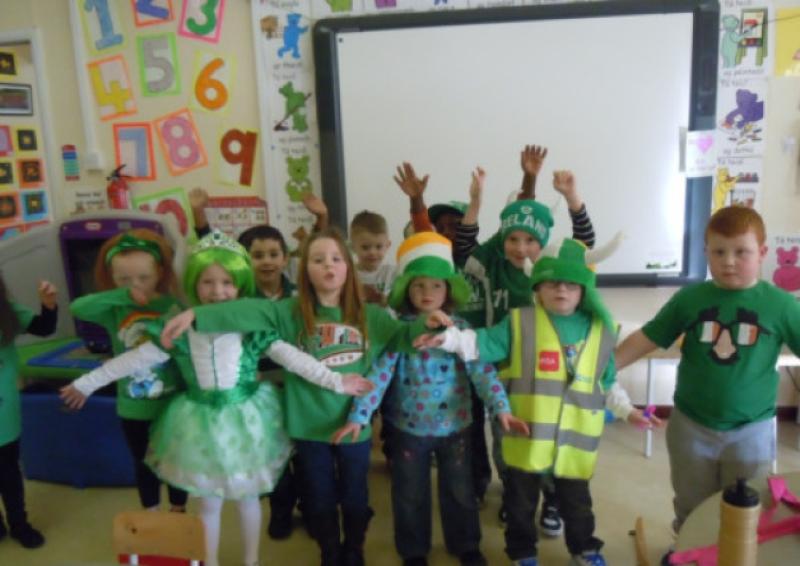 Seachtain na Gaeilge 2013 took place this year on March 4-17, and Irish people everywhere were dusting off their cúpla focal for the occasion. Events as Gaeilge were organised around the country and national media and businesses took part; including Tayto, who released a limited edition multipack of ‘cáis agus oinniún’ crisps.

Seachtain na Gaeilge 2013 took place this year on March 4-17, and Irish people everywhere were dusting off their cúpla focal for the occasion. Events as Gaeilge were organised around the country and national media and businesses took part; including Tayto, who released a limited edition multipack of ‘cáis agus oinniún’ crisps.

Unfortunately, with the end of the celebration comes the end of the use of Irish. Which begs the question - is two weeks a year enough to keep Ireland’s first national language alive?

Yvonne Ní Mhurchú, principal of Gaelscoil Longfoirt says that the language should be embraced all year long. “Consistency has to be shown and Irish should be used all year long. They can’t think of it as a festival or event that’s celebrated once a year like Christmas, and Hallowe’en,” she said.

Gaelscoil Longfoirt first opened its doors in 1998, and this year the school will celebrate its 15th birthday with the launch of their new interactive website. Ms Ní Mhurchú hopes that this website will help both those in the school community and the wider public to keep up their use of the Irish language, and encourage them to continue to learn.

Of course, there are those who say Irish is a dead language and a waste of valuable resources. It has even been suggested that Irish should become an optional subject in schools. Ms Ní Mhurchú strongly disagrees, saying that people’s mindset towards the language needs to change.

“It’s very important to focus on the positive, not the negative. If Irish is optional, should maths be optional? If school was optional, how many would attend? It’s all about living the language and using it as a social medium. What’s good for Béarla is good for Gaeilge.”

Indeed according to the 2011 census figures, Irish is far from dead. The results gathered by the CSO tell us that 1,759,026 people in Ireland - over a third of the population- have some knowledge of the Irish language. Out of those people, over 77,000 said that they used Irish on a daily basis outside of the education system. Furthermore, according to Gaelscoileanna TEO in the academic year 2011/2012 there was over 43,000 pupils attending Irish-medium education outside of the Gaeltacht in the island of Ireland.

Irish-medium schools are crucial to the development and upkeep of the language, and there are several advantages to a Gaelscoil education. Ms Ní Mhurchú explains that when a child attends a Gaelscoil “that child is not just learning a language, but becoming bilingual” which has proven to be beneficial when it comes to understanding other cultures and learning new languages.

In the President’s “Being Young and Irish” report which was published in March 2013, the Irish language and identity are listed amongst the most important things to the youth in Ireland today. Ms Ní Mhurchú believes we should grant them their wish and give them their identity, adding that “identity is the one thing we have. It is important and crucial to us all.”

While Seachtain na Gaeilge is a wonderful celebration of Irish and “irishness”, more needs to be done all year round to keep that same love and enthusiasm for the language.

Ms Ní Mhurchú makes the point that it’s not difficult to keep using Irish, and that there are opportunities out there for those wishing to use it.

“I love giving children a love for Irish and I encourage them to avail of the opportunities that are available to them. Irish has to be a living language. Put your Irish on Facebook and Twitter, and enjoy yourself in Irish.”