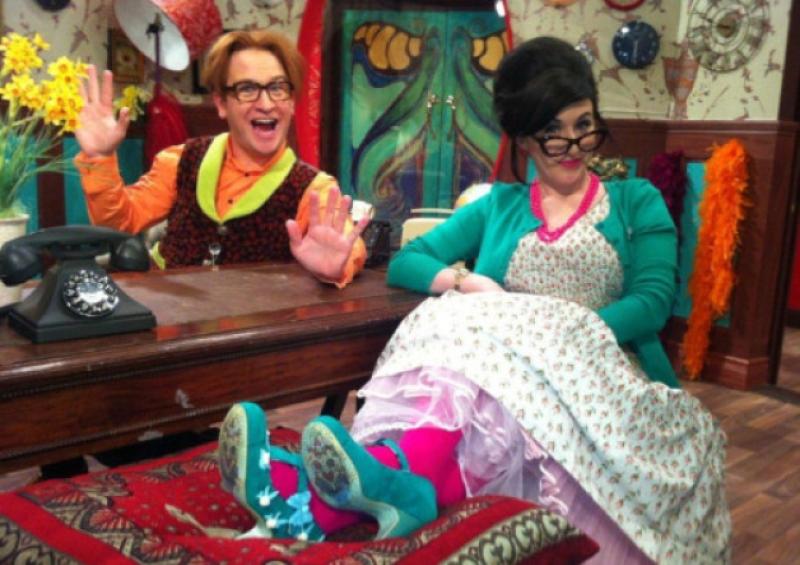 Lisa Fox from Edgeworthstown has been added to the cast of the popular RTÉ children’s television programme ‘The Beo Show’ for its second series.

Lisa Fox from Edgeworthstown has been added to the cast of the popular RTÉ children’s television programme ‘The Beo Show’ for its second series.

“The show is based around a fictional venue called The Beo Theatre,” Lisa says. “I play the role of Gerty Gúna, the theatre’s costume lady, who works with the manager, Donie.”

Their hilarious interactions are based around Donie’s bungling and muddling ways, with Gerty having to set him straight or point him the right direction.

“Each week on The Beo Show, a child is invited to rehearse backstage with a special guest and is then given the opportunity to perform on the theatre’s stage,” Lisa explains. “In the past, special guests have included the likes of Fosset’s Circus and Mundy.”

The first episode in new series of The Beo Show will be shown on Monday, April 15 on RTÉ 2 at 10.10am, and will be repeated later that same afternoon.

Lisa, a daughter of Robbie and Betty Fox, Ringowney, Edgeworthstown, trained at the Gaiety School of Acting and she has performed in a number of productions in recent years.

In addition to her role on The Beo Show, Lisa also teaches Glee Clubs in the Longford area. “At the moment I have clubs in Longford and Granard, but I am in the process of expanding out to other areas,” she says. “I do live in Dublin, but I’m committed to providing these types of clubs in my home county because I think it’s so valuable for children in terms of confidence building and creativity.”