Daphne dazzles at the Dome 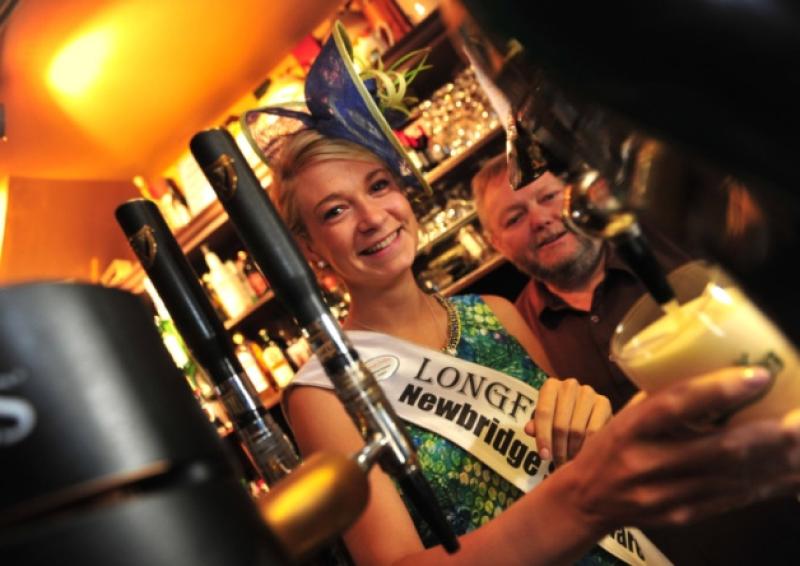 On Monday night, Newtownforbes native Daphne Howard was one of 18 Roses to grace the stage of the Dome in Tralee, as the first of two selection nights got underway.

On Monday night, Newtownforbes native Daphne Howard was one of 18 Roses to grace the stage of the Dome in Tralee, as the first of two selection nights got underway.

Appearing elegant in a pale blue dress, Daphne quickly charmed the audience, and the viewers at home.

Agreeing with host Dáithí Ó’Sé that Newtownforbes may never be the same again, Daphne smiled, “I think the whole of Newtownforbes might be down there as well,” before waving to the slew of supporters who followed her to Tralee.

Speaking proudly of Newtownforbes, and delighting in the fact that the Rose tour had stopped there, Daphne also introduced everyone to her parents Richard and Ann, who she claimed were the “Rose mum and dad of the year.”

Daphne also pointed to the positive influence that the festival has had on her family as a whole, following the sad passing of her uncle earlier this year.

“It’s just been something to focus on and we are just so happy to be here so all I can say is thank you to Tralee for welcoming us so wonderfully,” she added.

The primary school teacher also talked about her college education and her father’s beehives, before inviting viewers to visit St Mel’s Cathedral, which she described as “a magnificent building.”

Dáithí then shared Daphne’s link with Indiana Jones to the crowd, to which the 25-year-old quipped, “Indiana Jones is not real Dáithí, we spoke about this before!”

Daphne then revealed that Percy Fawcett, on whom Indiana Jones is based, is a long-lost relative of hers.

Before finishing her appearance with a beautiful piano solo, Daphne summed up her experience in Tralee, saying, “It’s just been incredible. The people at home see what, two nights of us on stage, and really we have just gone through such an incredible experience.

“There’s 32 Roses here tonight, and there’s actually more that we met in regionals, but it’s just a fantastic experience and we’ve gone from floats to visiting everywhere over Tralee so it’s just been a jam-packed weekend – absolutely fabulous.”

And while the competition was eventually won by Meath Rose Elysha Brennan on Tuesday night, Daphne Howard can rest assured that she did her native Newtownforbes and her county proud.