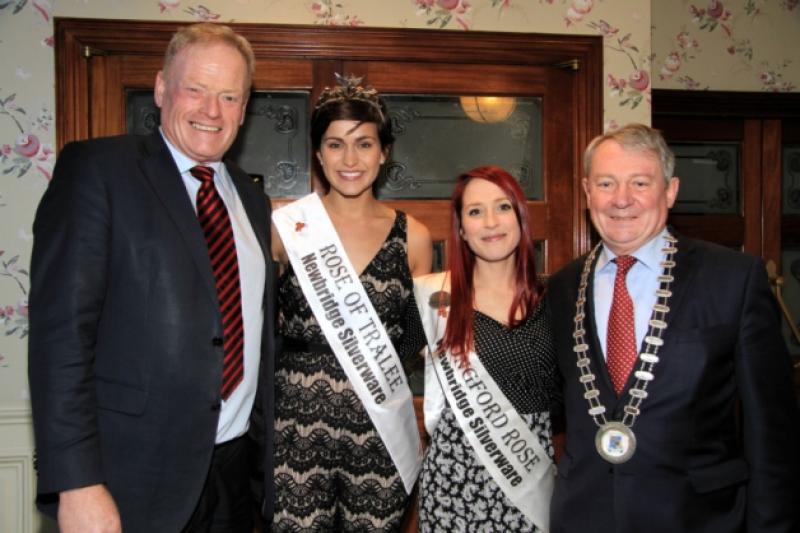 There was great excitement in the Longford Arms Hotel this past Monday, as the 2014 International Rose of Tralee, Maria Walsh, paid a visit during her whistle-stop tour of Ireland.

There was great excitement in the Longford Arms Hotel this past Monday, as the 2014 International Rose of Tralee, Maria Walsh, paid a visit during her whistle-stop tour of Ireland.

“My year has been a whirlwind,” Maria told the Leader before she addressed the crowd. “We’re about five months, maybe six months into it at this point and they already have me searching for my replacement! So we’re on the 2015 Rose search right now - thirty two counties in fifteen days.”

It has been a busy time for Maria, who represented Philadelphia in last year’s Rose of Tralee Festival. From August to December, Maria flew back and forth to Philadelphia, where she is based. The 2014 Rose then went to Calcutta with the Hope Foundation, before travelling to Eastern Cape, South Africa, with Mellon Educate. With an estimated 65,000 miles already under her belt, there is plenty more ahead including a trip to Chernobyl with Adi Roche’s Chernobyl Children International, and to the White House before she jets off to Australia to visit the Rose Centres there.

During her trip to Longford, Maria paid a visit to St Theresa’s NS, Killoe and St Joseph’s Care Centre in Longford town. After addressing the large crowd gathered at the Longford Arms, where she helped launch the search for the 2015 Longford Rose, she then went on to take a look at the newly-restored St Mel’s Cathedral. Despite the hectic schedule, the Boston native is enjoying the tour.

“It’s great to connect to the centres, I don’t think we get to see them as much as we should and you get to connect with the Rose sisters that you have.”

When asked why local ladies should apply to be a Rose, Maria refers to her tattoo, ‘the trouble is you think you have time’, before stating that as entrants have to be aged between 18 and 27, it’s an easy thing to keep putting off. Would-be applicants are also often worried that they are required to have a talent - recital, singing, dancing - but Maria is quick to point out that this is not the case.