Getting into the ‘Swing’ of things at Backstage 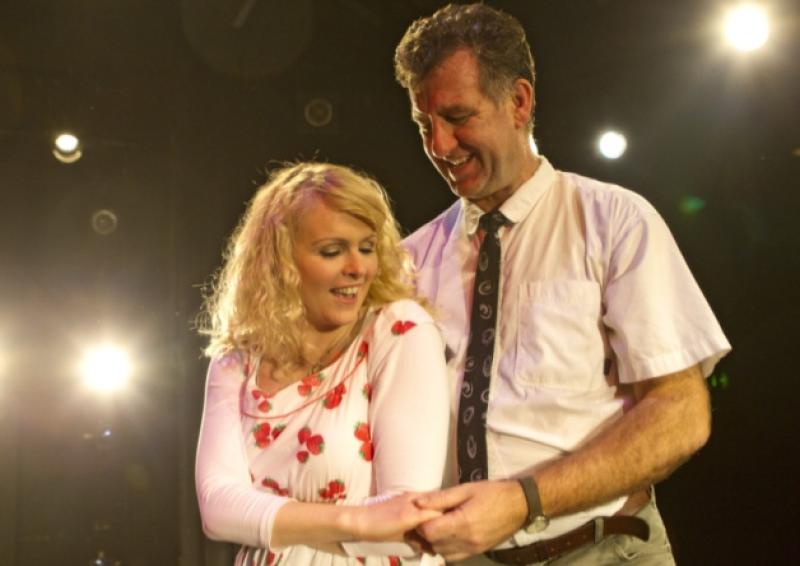 Exploring themes including love, music and dance, Fishamble: The New Play Company will bring their award-winning show, ‘Swing’, to the Backstage Theatre next week.

Exploring themes including love, music and dance, Fishamble: The New Play Company will bring their award-winning show, ‘Swing’, to the Backstage Theatre next week.

Starring Steve Blount and Janet Moran, and directed by Peter Daly, ‘Swing’ also recently enjoyed a sold out run at the Peacock Theatre Dublin, where General Manager of the Backstage Theatre, Mona Considine, saw it for a third time.

“I’ll be seeing it for a fourth time when it comes here,” she laughed.

The first time Ms Considine saw the show was at a showcase alongside four other productions. Though only a snapshot of the piece was given on the day, the General Manager said that “of the five shows, this one stood out.”

Looking forward to seeing it once again, Ms Considine is confident that it will be an audience hit. So confident in fact, that the theatre are offering a money back guarantee on tickets. If at the end of the show you haven’t enjoyed it, the Backstage Theatre will reimburse you for your ticket.

Set in a dance class, ‘Swing’ introduces the audience to a variety of fascinating characters, something which Ms Considine says adds great fun to the piece.

“It puts a smile on your face. People will walk out smiling,” she concludes.