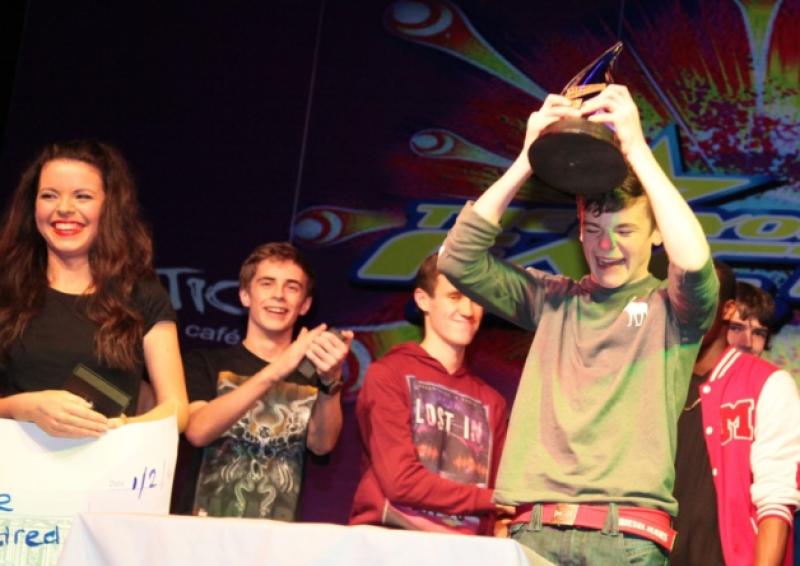 14 year old Eamon Keogh was crowned the winner of the 2014 Longford Youth Factor on Saturday last.

14 year old Eamon Keogh was crowned the winner of the 2014 Longford Youth Factor on Saturday last.

The talented Moyne Community School student won €1,000 and the chance to perform at the HYPE music festival this summer after impressing the audience and judges with his remarkable talent both vocally and instrumentally.

Eamon performed ‘The Man Who Can’t Be Moved’ by The Script and ‘Someone Like You’ by Adele on the night, and judge Evelyn Kelly’s comment that he was her winner proved to be an accurate prediction.

They won cheques for €300 and €200 respectively, and will also be given the chance to perform at the highly-anticipated HYPE music festival later this year.