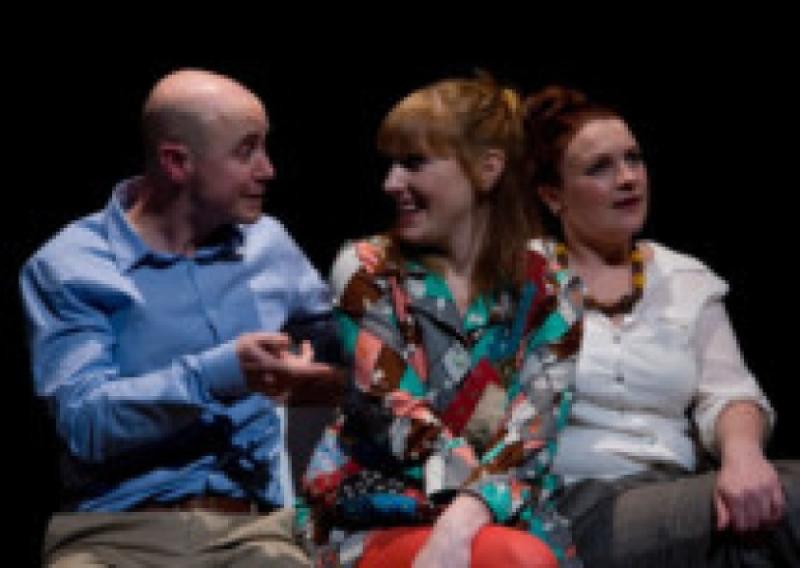 Speaking to the Leader on a break from final rehearsals, Peter explains that after qualifying as an accountant, he persued acting. It was “an unusual leap”, he says, but one he is glad he made, having been involved with the drama society in college.

Taking on a part time accounting job after college, Peter also signed up for an evening course at the Gaiety. Flexible hours at work also meant that he could continue to audition for and take part in productions. After a year and a half, Peter started to get paid work.

Though the actor says he loves the “sense of community there is in theatre”, he admits that it can be tough, particularly when roles are hard to come by. Throughout his career, he explains that there have been “at least three times I’ve considered giving it up” for various reasons.

Peter is currently touring with Rough Magic Theatre Co, and their production of ‘Jezebel’ by Mark Cantan. Peter plays the part of Alan in the clever comedy, which tells the story of a go-getting couple who are trying to spice up their sex life.

Peter says that it is a “great part” to get to play, but it does come with its challenges. With a clever script, and dialogue changing from conversation with other characters to addressing the audience, the actor has to think ahead.

“It’s like a game of chess” he explains. “You have to be thinking three or four moves ahead.”

Having worked hard to get to this point in his career, Peter offers advice to others hoping to persue acting.

“It’s something you have to really want” he says, continuing, “You need to be a bit of a DIY head!”

“You have to open yourself up to as much experience as possible.”

‘Jezebel’ will be performed at the Backstage Theatre on Friday, February 7 and Saturday, February 8 at 8.30pm.