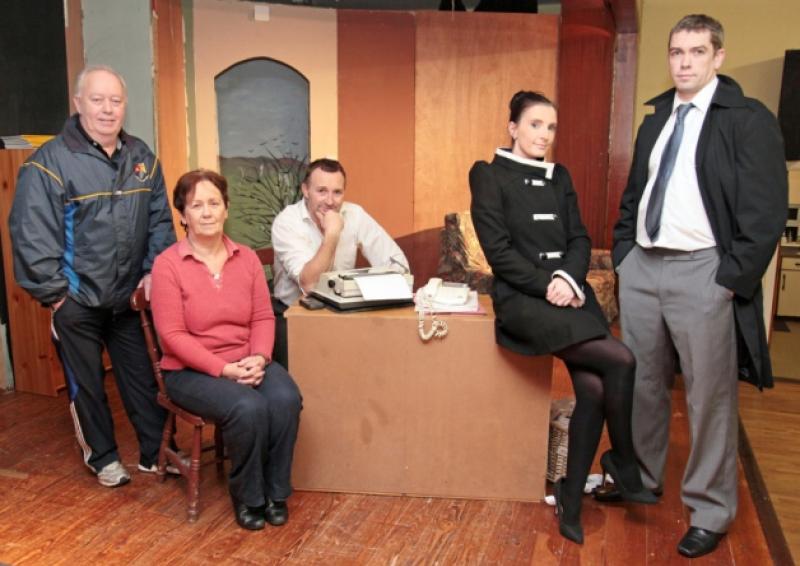 The Cilleo Yew Tree Players are busy putting the final touches to their 2013 two act production of ‘Stolen Child’ by Yvonne Quinn and Bairbre Ní Chaoimh.

The Cilleo Yew Tree Players are busy putting the final touches to their 2013 two act production of ‘Stolen Child’ by Yvonne Quinn and Bairbre Ní Chaoimh.

The play runs for three consecutive nights, from Saturday, November 30 to Monday, December 2 in Ennybegs Community Centre. Curtain up at 8.30pm nightly and doors open at 8pm.

Humorous yet moving, ‘Stolen Child’ tells the story of a woman adopted at birth who enlists the help of a colourful private detective to search for her biological mother.

What begins as a personal odyssey for Angela Tiernan to discover the secrets of her family history soon becomes a fascinating exploration of one of the darkest chapters in the history of modern Ireland.

Cilleo Yew Tree Players are delighted to welcome the vastly experienced Mickey Kenny back once again to direct this very moving production.

Mickey has most recently directed One Flew Over The Cuckoo’s Nest in 2012 to celebrate the group’s 25th anniversary.

Mickey is well known in the group and has directed and starred in many productions over the years such as Sive, The Man From Clare, Moll, The Country Boy, Philadelphia and many more.

With a small cast of four, Grainne Fox plays the role of Angela Tiernan.

Grainne has appeared in many Cilleo Yew Tree Players productions since 2010 when she joined the group and she is well known for her involvement in Scór and Longford Musical Society.

Paul McCarthy plays the part of Mick Treacy and he is well known for his many outstanding stage performances over the years.

Paul joined the group in 1990 and he has starred in productions of Moll, Poor Beast In The Rain, Lovely Leitrim, One Flew Over The Cuckoo’s Nest and many more. He has also enjoyed a few stints in the director’s chair.

Pat Doherty takes on the role of Peggy.

Pat has been with the group since 1988 when she featured in Losers and she has appeared on and off the stage between acting and directing over the years. Cilleo Yew Tree Players are delighted to have Pat back on stage once again.

Sean Sheridan took to the stage back in 2011 appearing in Little Box Of Oblivion and with his natural talent for acting he has since taken on and delivered outstanding performances in many productions over the last few years including his part in One Flew Over The Cuckoo’s Nest.

This weekend Sean plays the role of Chris.

All cast and crew have been working diligently over the last few months to produce what promises to be a very entertaining play.

The continued success of amateur drama in Killoe is credited to all those people who make themselves available each year to ensure a stage production takes place.

The availability of a strong backstage crew is a great asset to have, with a group of people willing to work behind the scenes to continually guarantee top quality productions.

Cilleo Yew Tree Players would like to take this opportunity to thank their very loyal supporters who have been with them down through the years.

“Without you our success each year would not be possible and we are more than grateful. We hope you enjoy our performances as much as we enjoy putting them on.

“To anyone who would like to get involved with our drama group you are all welcome.”

‘Stolen Child’ will be performed in Ennybegs Community Centre at 8.30pm on Saturday, November 30 and on Sunday and Monday, December 1 & 2. This play is one not to be missed. Doors open at 8pm.

Patrons and locals should note that Mass time in Ennybegs is changed back to 7.30pm on Saturday, November 30 to facilitate parking.

Booking is essential and if you wish to see this professional production, contact 087 2911994.