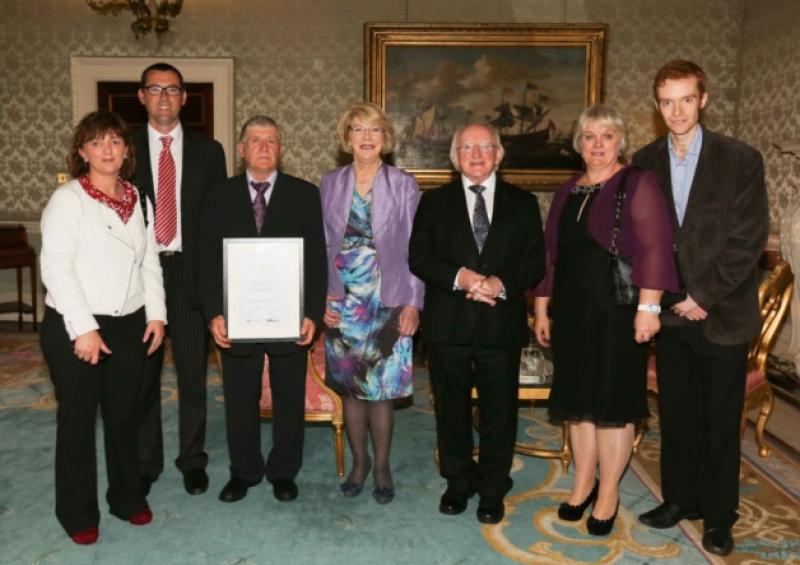 Last Thursday was a day of celebration, a day when volunteerism and community spirit came in for deserved recognition.

Last Thursday was a day of celebration, a day when volunteerism and community spirit came in for deserved recognition.

It was an occasion locals and committee members behind the restoration of Longford’s oldest cemetery won’t forget in a hurry either as they met and exchanged pleasantries with Ireland’s first citizen-President Michael D Higgins.

The scholar and human rights activist was on hand to greet over 20 winning projects from the inaugural ‘Get Involved’ campaign, a community geared initiative spearheaded by regional newspapers across the country.

Longford’s nomination, detailing the rejuvenation of Tubberpatrick Cemetery in Dromard, picked up a framed certificate and with it plenty of plaudits along the way.

Environmentalist, broadcaster and chairperson of the competition’s judging panel, Duncan Stewart led the tributes, saying he was “very impressed” by the work which had gone into the cemetery’s new look and carefully restored Stations of the Cross.

“The details in the submissions and the way you went about these projects was very, very inspiring,” said Mr Stewart.

The ‘About the House’ presenter’s address had to be cut short after Stewart got caught in traffic on his way to the pre-Aras reception at Dublin’s Ashling Hotel.

So too did the presentations, and the overall winning prize which went the way of Kilmeena National School in Co Mayo.

Not that most of the 70 or so strong crowd seemed bothered by it as invited guests made their way to the Áras for a ‘meet and greet’ with President Higgins and his wife Sabina.

Then came the refreshments, a glass of Guinness or wine for guests as they entered with crustless sandwiches providing a more wholesome alternative.

Food and drink were mere asides however.

The real story was the one typified by organisations like those from Dromard and the premise that community spirit is still very much alive and well.