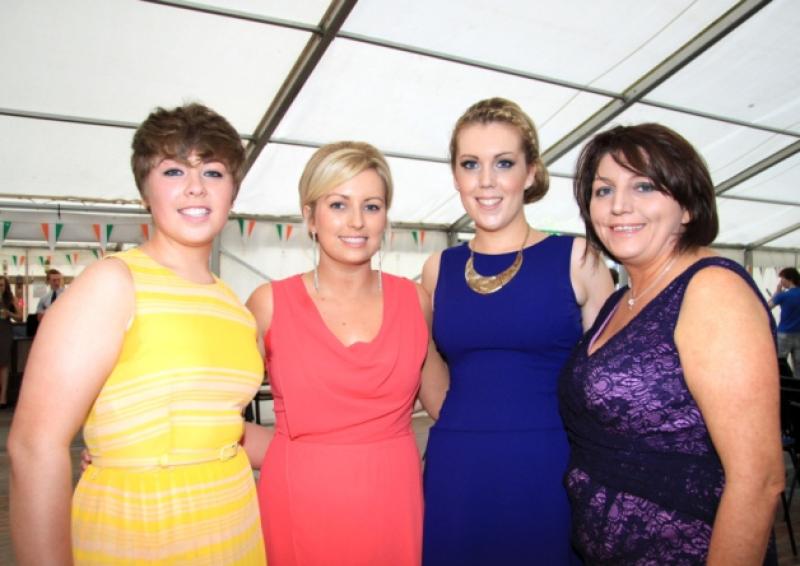 People travelled from all over Ireland to take part in the very first Granada Festival Weekend, which took place in Granard between July 5-7.

People travelled from all over Ireland to take part in the very first Granada Festival Weekend, which took place in Granard between July 5-7.

A weekend of music, dancing and entertainment was planned to celebrate the reknowned Granada Ballroom.

On Friday night, Chuck & June and Jimmy Buckley kept the crowds entertained. Treasurer for the festival committee, Padraig McNamara, admits that he was “amazed” by the success of the opening night, explaining that people had travelled from Letterkenny, Derry, Tyrone and Galway to attend. “There was [also] fantastic support locally” Padraig adds.

On Saturday night, the final of the Lady of the Motte competition took place. The judges had a very difficult decision to make on the night, as the 12 finalists competed for the title. After the competition, there was music by local acts, Audio Pilot and Paper Planes, with “huge numbers” attending, showing that the festival catered for all age groups throughout the weekend.

On Sunday afternoon, participants turned up in their hundreds to try their hand at Monster Bingo. All were delighted, including the winner herself, when local woman Bella Coyle took home the top prize.

Gina Dale Haze & the Champions returned to Granard to bring the festival to a close, with many returning to the marquee to see the Granada Ballroom favourites. “There was an amazing number of people that had come to it” Padraig happily reports. “People from Tyrone who were there on the first night came again because they’d had such a good time.”

All in all, the festival was a huge success, with plenty of positive feedback from those who attended. Padraig, too, was very happy with how the weekend went. “It was a very successful weekend and we were very pleased with the turnout.”

While celebrating one of the midland’s most popular music and dancing venues, the festival also had another purpose - raising money to create a new tourist attraction in Granard. It is hoped that funds raised will go towards buying a building in which to base the attraction, and Padraig is happy with how the process is going. “The support at the weekend shows that the community is behind it,” the treasurer says. “We are going quite well and we’re quite happy.”

“I want to thank everybody involved in the operation” Padraig says, praising the community support. “The people who came out couldn’t do enough” he adds, “That tells you a tale.”

For more on the Granada Festival Weekend, see page 48