Review: Fiddler on the Roof 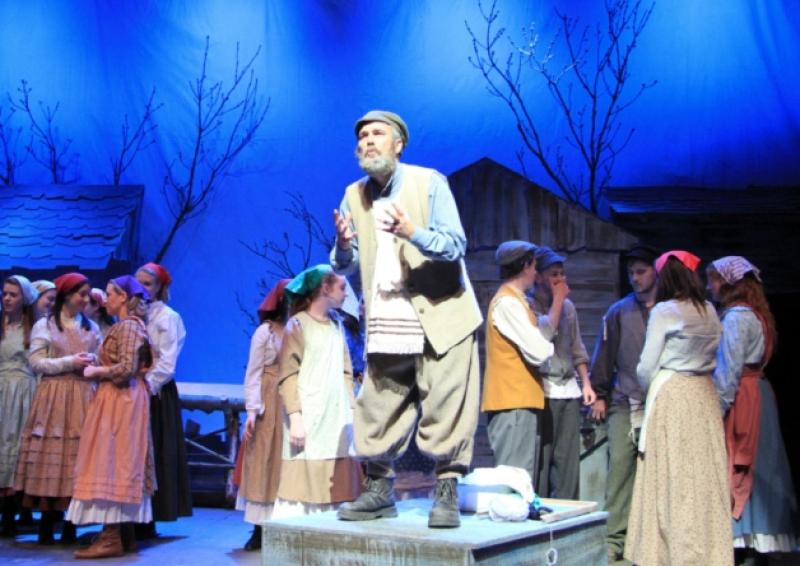 Tradition is a recurring theme in ‘Fiddler on the Roof’, and in keeping with their own tradition, St Mel’s Musical Society have once more produced an outstanding show.

Tradition is a recurring theme in ‘Fiddler on the Roof’, and in keeping with their own tradition, St Mel’s Musical Society have once more produced an outstanding show.

Telling the story of the poor milkman Tevye, his wife Golde and their five daughters, ‘Fiddler on the Roof’ deals with many serious issues; from persecution to poverty, and the struggle, particularly in Tevye’s case, to hold on to his beliefs despite the changes going on around him both personally and socially.

Performing the lead role of Tevye, Benny O’Brien gave a performance that would be at home on any Broadway or West End stage. It’s by no means an easy role to play - Tevye provides some wonderful comedy, but also suffers moments of great turmoil - but Benny made the role his own, with an accent that never wavered, even in song.

Of course, Christine O’Brien was a formidable Golde, and the five daughters, played by Liz Leavy, Eimear Reynolds, Natasha Fitzpatrick, Derfhinn Bushell and Aoife Wadd were a talented group.

Special mention must go to newcomer Sarah Duke, who made her St Mel’s Musical Society debut as the terrifying Fruma Sarah. Her performance, along with some very clever and impressive set and light work made for a truly memorable moment of theatre.

While the show as a whole was an absolute hit - proven by the standing ovation given by the audience - the vocal work in particular has to be complimented. Under the musical direction of Fintan Farrelly, the principals and the chorus were note perfect, and the harmonies, particularly in the opening number, ‘Tradition’ and ‘Matchmaker Matchmaker’ were nothing short of stunning. All in all, it was yet another five-star production by St Mel’s Musical Society.