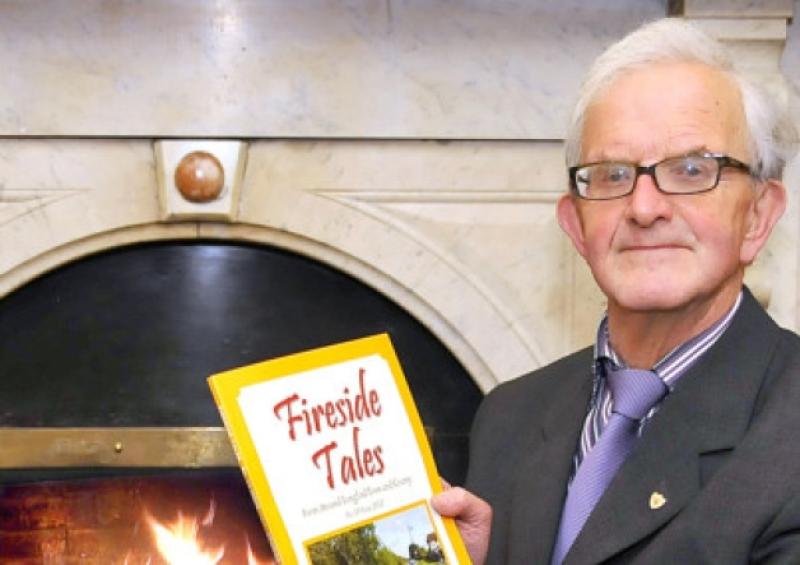 It’s a case of 12 and not out for renowned local author Jude Flynn.

It’s a case of 12 and not out for renowned local author Jude Flynn.

Opinion editior with the Irish Independent, Liam Collins is expected to officially unveil the near 100-page booklet which features a raft of tales and accounts from locals across the county.

Among them are insightful recollections on ‘Longford Dog Track’, ‘The Fair Day in Arva’ and ‘Ballinamuck in the 1940s’.

For the man behind the latest edition of Fireside Tales, connecting the past with that of the present was clearly a major factor in his most recent publication.

He said his reason for doing so had a lot to do with making comparisons with both decades.

“For example in the 60s, money wasn’t any more plentiful than it is now, but somehow the same level of discontentment, unhappiness and disaffection was not so evident as they are today,” he continued.

Mr Flynn’s latest creation also prompted the decorated author to ask whether today’s society may have resulted in expectations being created that are now beyond our own resources.

“Is it possible for any government of the future, made up of any combination of parties, to deliver on the huge expectations of a population programmed to expect so much, without the inevitable auction-style political promises made at election time which are unsustainable and just further reduce the standing of politicians in the eyes of the electorate?

“These are just some of the questions that probably need to be asked if we are to regain the kind of communities where people shared what they had in good times and bad.”

His criticism of those tasked with holding the public pursestrings doesn’t end there.

Towards the end of the book, Mr Flynn writes: “It is unfortunate that over the past few years successive governments have repeatedly reduced the State’s financial allocation to the Arts and Heritage budget.”